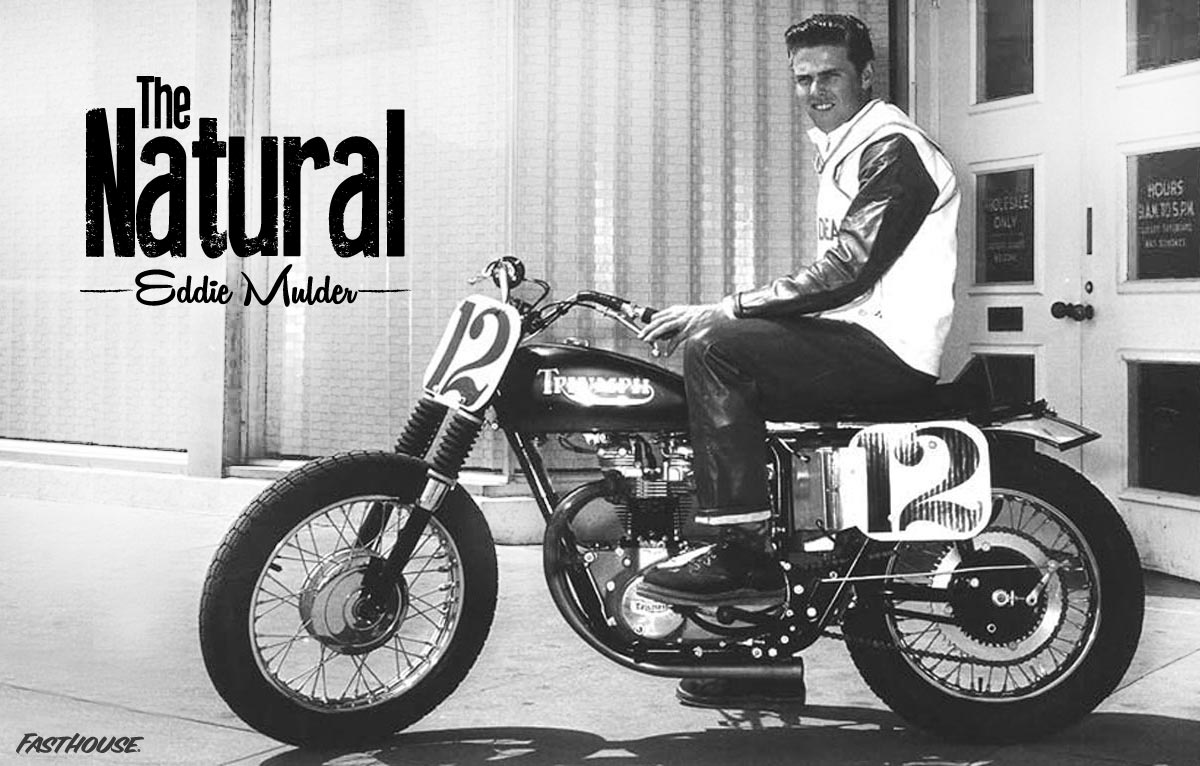 Motorcycle Racer / Stuntman / Bike Builder, Eddie Mulder, was born with the gift. He was a natural rider/racer from the moment he climbed on a motorcycle. He shocked the racing world in 1960 at the age of 16 when he started dead last in the legendary Big Bear Run and proceeded to pass over eight hundred racers to take the win. He captured the eye of Bud Ekins who got him a factory ride with Triumph. He’s been a Triumph man ever since, winning multiple AMA District 37 championships.

A moment we love the most is when Eddie showed up at the first A Day in the Dirt and partnered up with Mouse McCoy in the team race. And our #2 moment is when Eddie told it like it was on Wide World of Sports the year the world came to Hopetown. Eddie has a style all his own, he’s one of a kind.