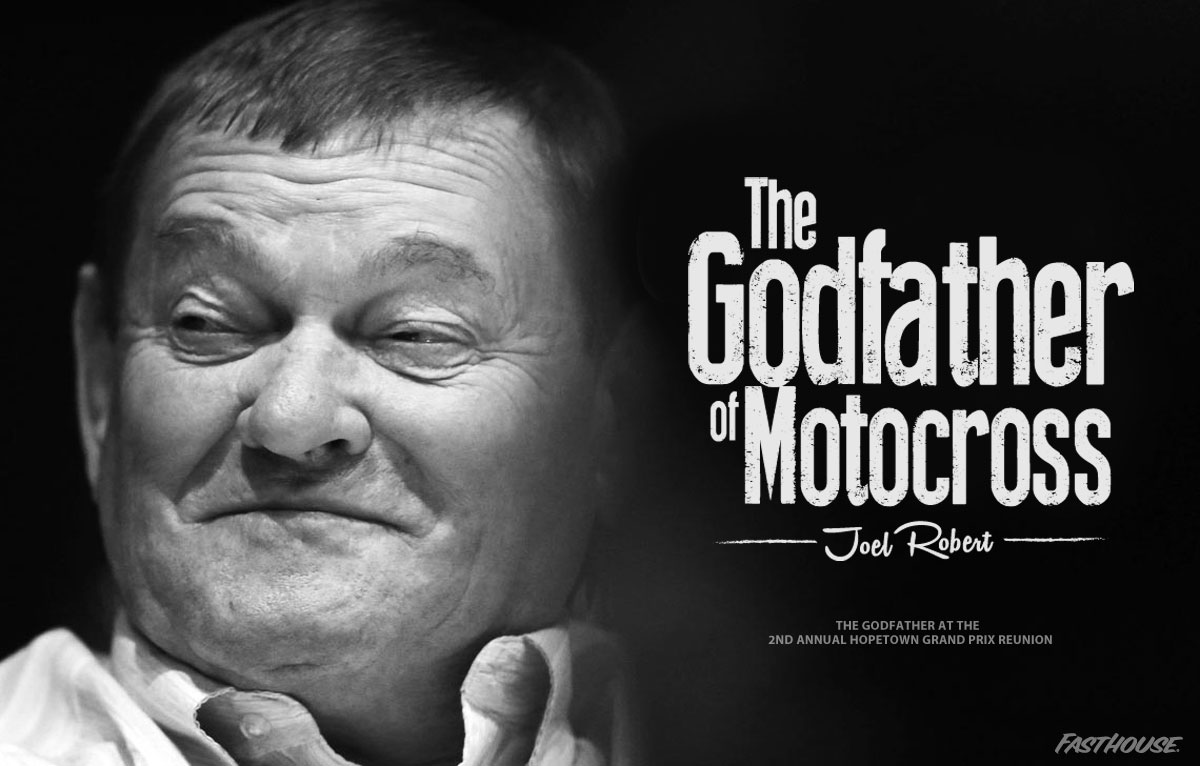 For most Americans, the first time we laid eyes on Belgian rider Joel Robert (pronounced RoBear) was in 1967 when he was racing the Classic Hopetown Grand Prix in southern California, filmed by Bruce Brown and shown on ABC's Wide World of Sports.

Robert was a bigger than life character, unbelievably fast, eccentric, undisciplined, and a charming prankster. He won 6 World Championships, 5 in a row. He loved his beer and smoked, often while sitting on the line waiting for the start, and as the story goes on one of these occasions he put the cig out on the helmet of the rider next to him. He then proceeded to win the race.

Stories abound, all of them reinforcing our belief that Joel Robert is – the Godfather of Motocross.