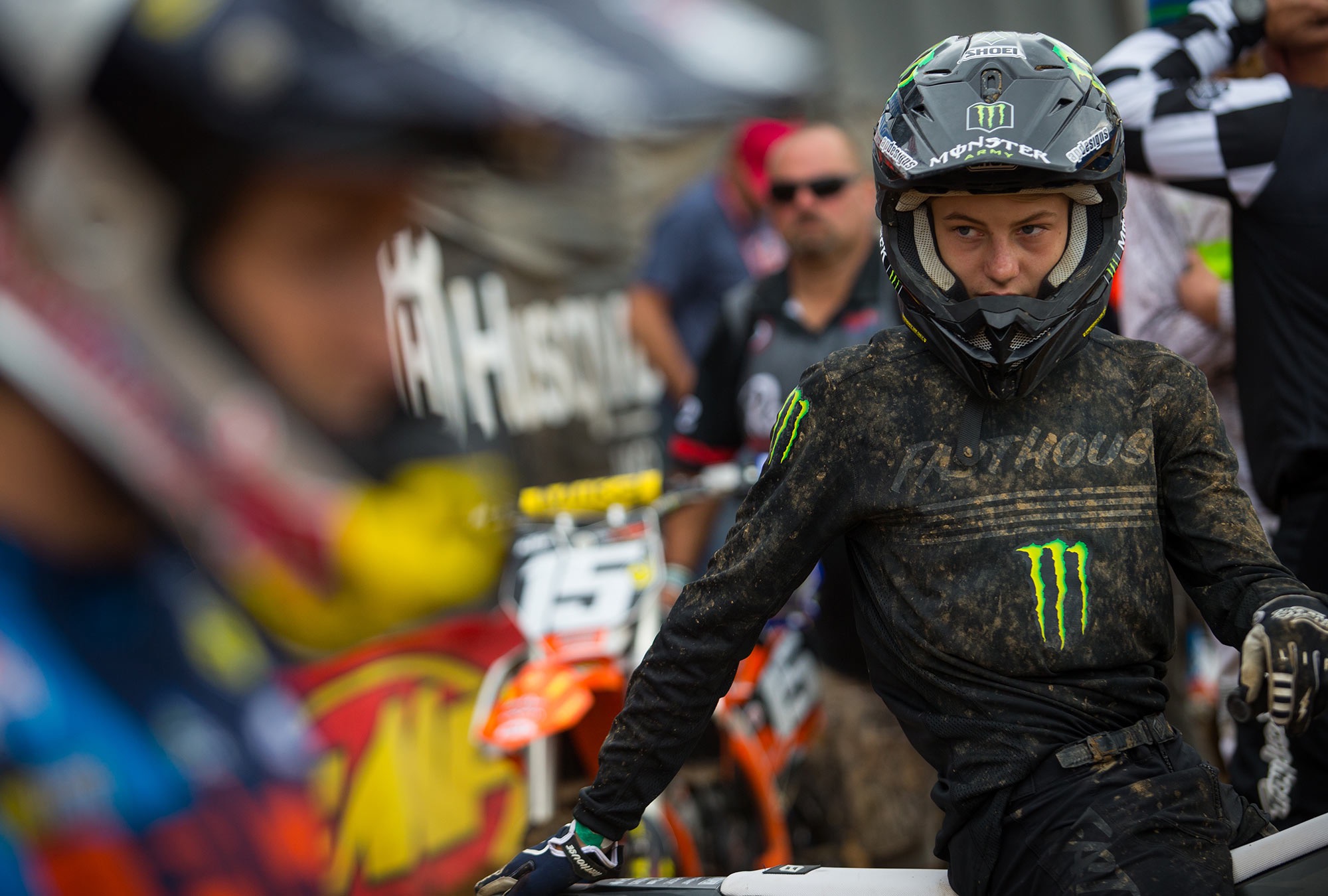 Setting out on our 3,500 mile journey in late February has now become a Moto tradition of sorts for the last 4 years. The boys head up to St. George Utah after school on Thursday, hit Practice on Friday. I get a last minute call just as I was about to leave the house telling me to load the 125, Talon wants to ride more than just 2 classes. Locked and loaded with our 9 year old daughter we head to Utah.

There’s another race series that goes on that Saturday, but we always opt out and go snowboarding for the day up at Brian Head. Loretta Area Qualifiers are not taken seriously, (at least not by us) they are more of a formality of sorts, leaving time for other much needed shenanigans!

This year after boarding, our Atlas racing buddies let us rip their brand new Husky snowbikes on some secret trails right by the resort! Another bucket list item scratched off from racing dirt bikes!! 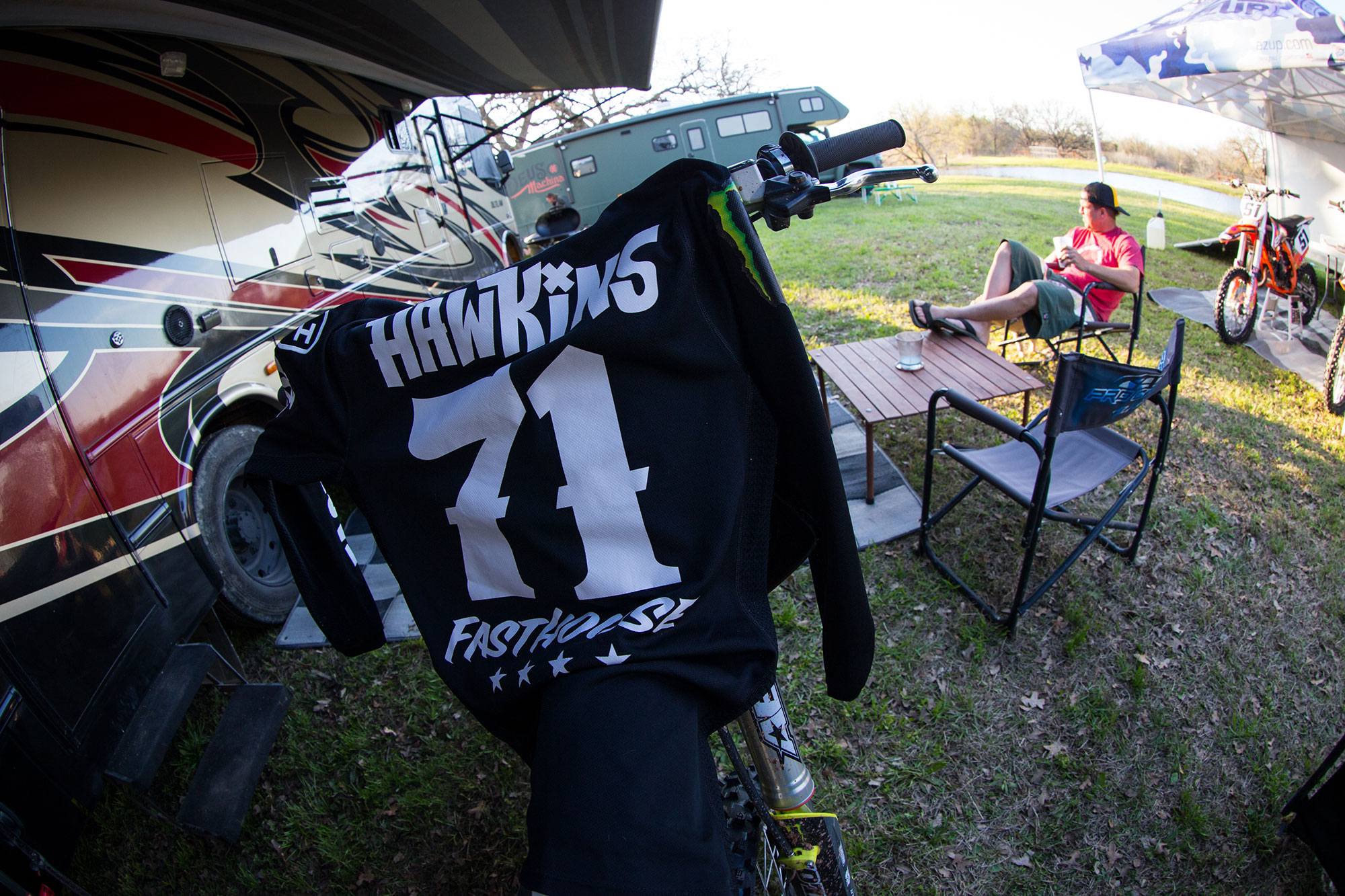 In between motos, Talon almost cut off his thumb with an exacto blade while shaving off the waffles on new grips because his other grip flew off mid-Moto. (we need a real mechanic). He actually raced faster with a severed finger that bled straight through the super glue and duck tape, go figure? After qualifying and actually getting 1st in two of his 3 classes it was time to say good bye to my husband and daughter who needed to get back to Temecula for work and school.

I now put on my Captains hat as Talon and I take off in our RV for a 17 hour drive to train with Jerry Masterpool at our favorite training facility in Paradise, Texas. Pretty much 10 straight days of riding in that Texas dirt and ruts was just what the Doctor ordered. Talon’s in public school and finding time to ride has been challenging. Each day he progressed and was completely worked by the end of our stay in “Paradise” ... I think he had another word for it, but was stoked on his progression. We got talked into racing the Oakhill National on the last day of his training....it’s a 3 day AMA National and it was free entry to anyone who signed up to race at Freestone...in the eleventh hour we changed our compass, and headed to Decatur . 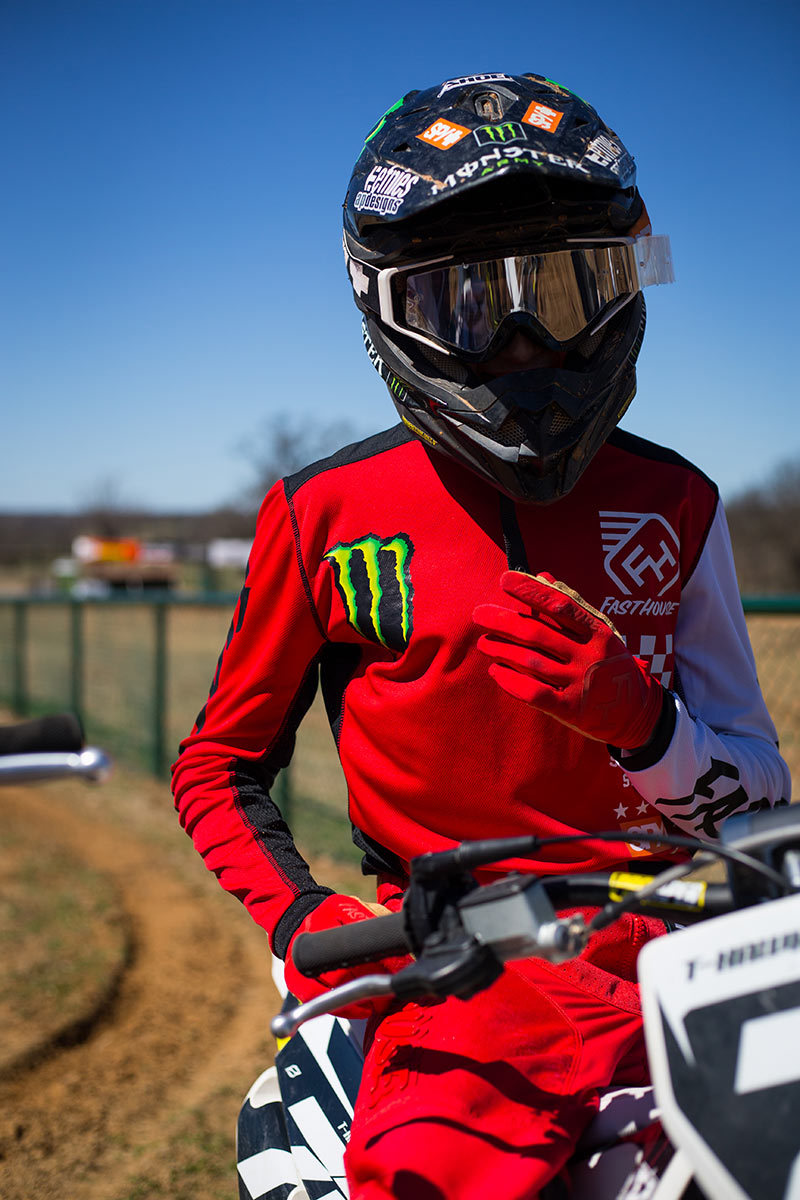 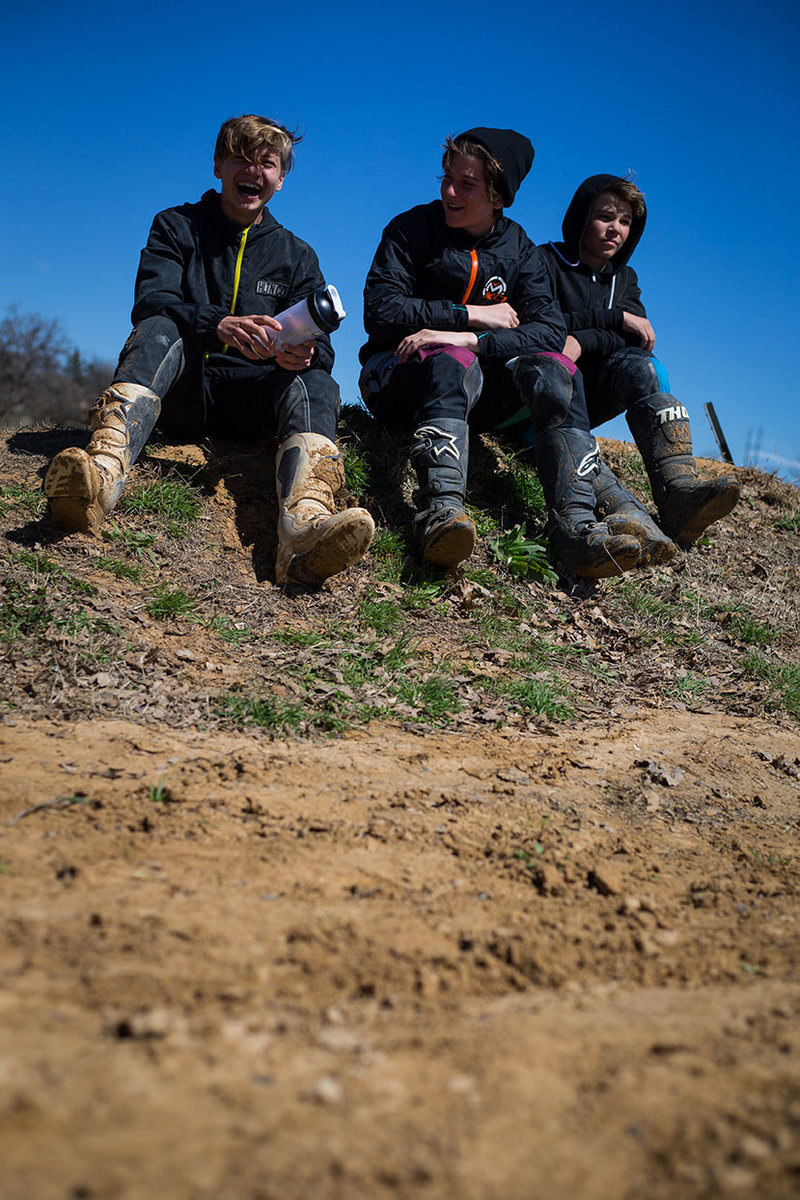 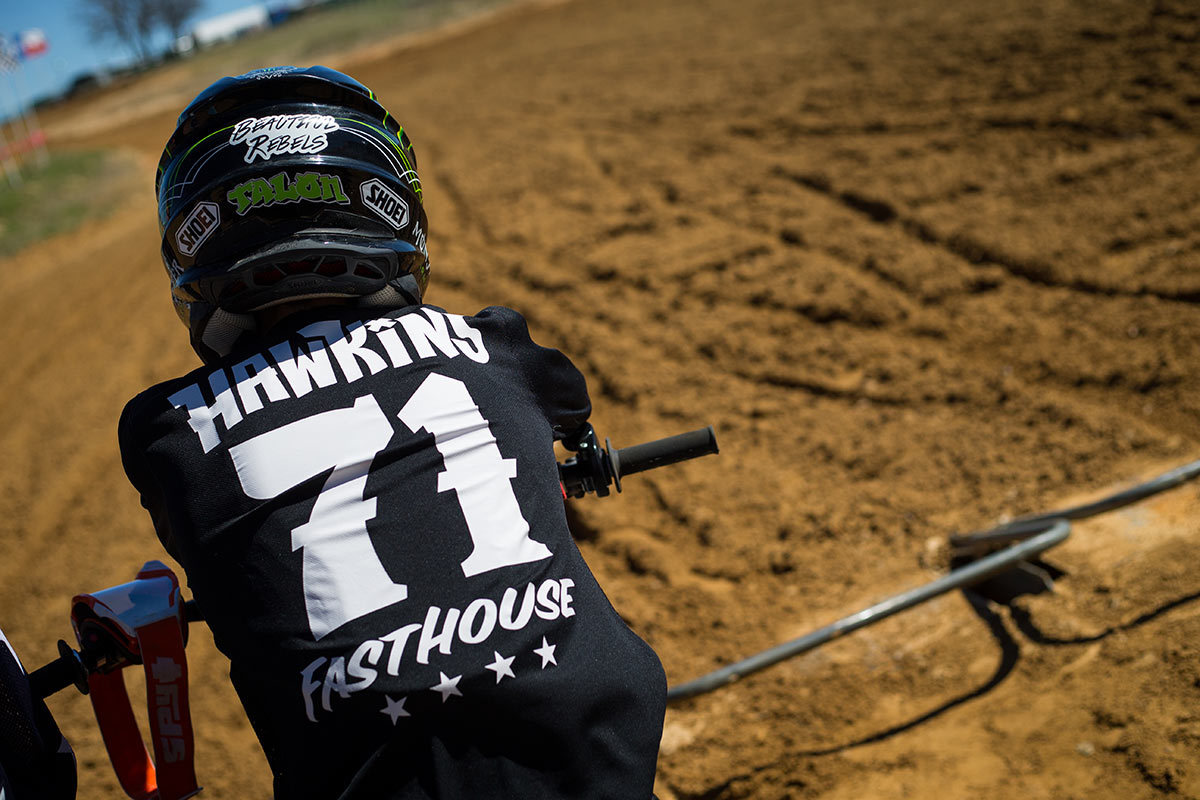 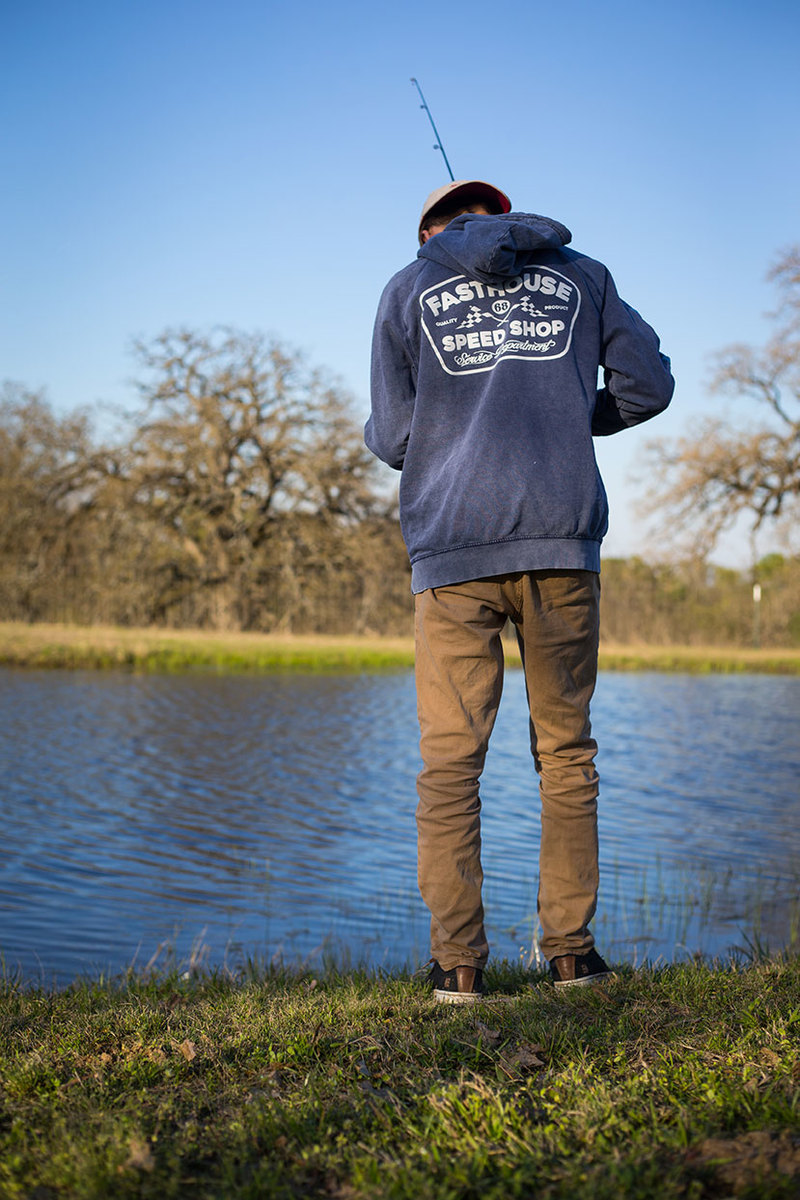 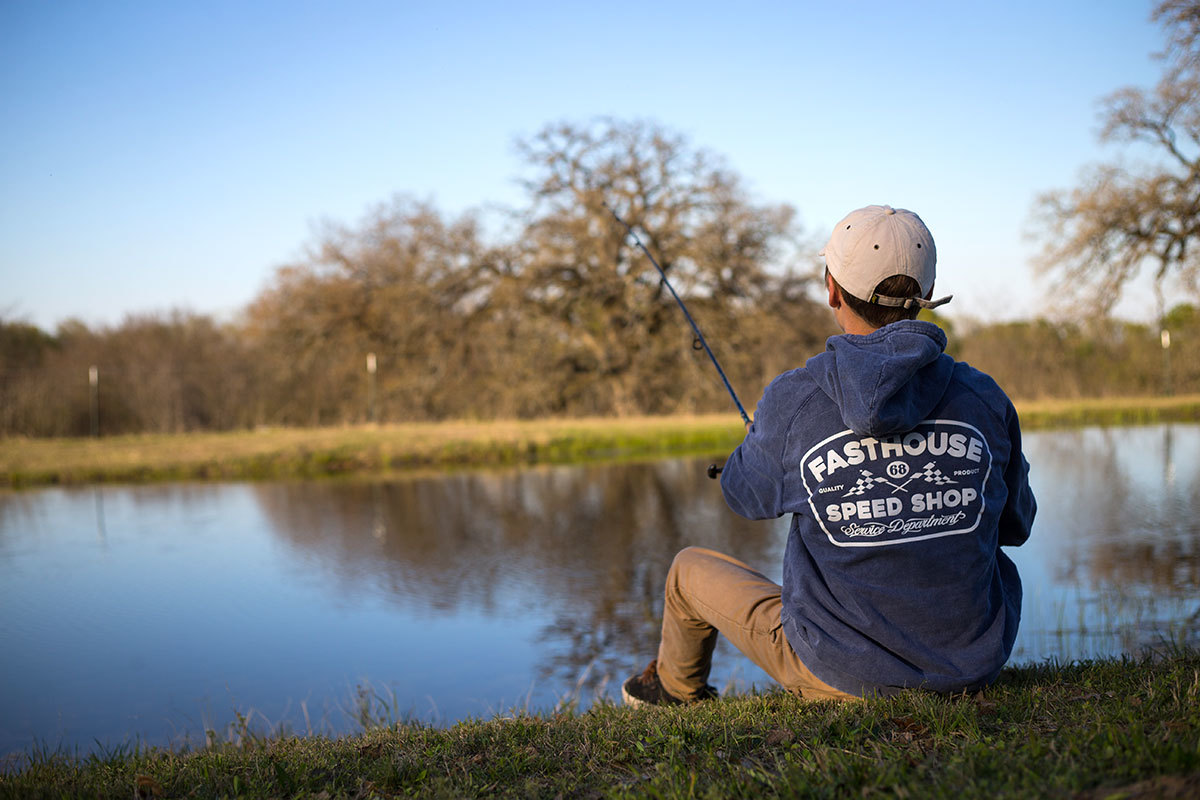 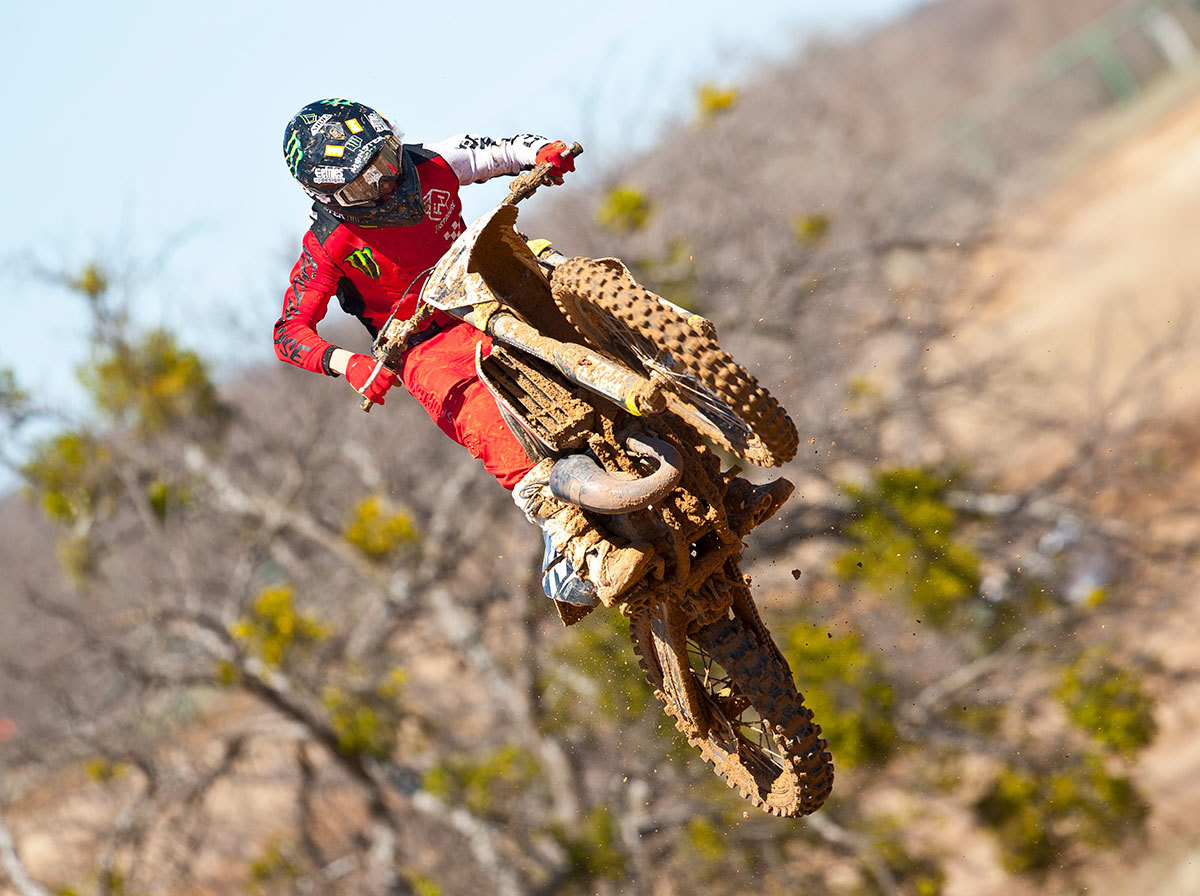 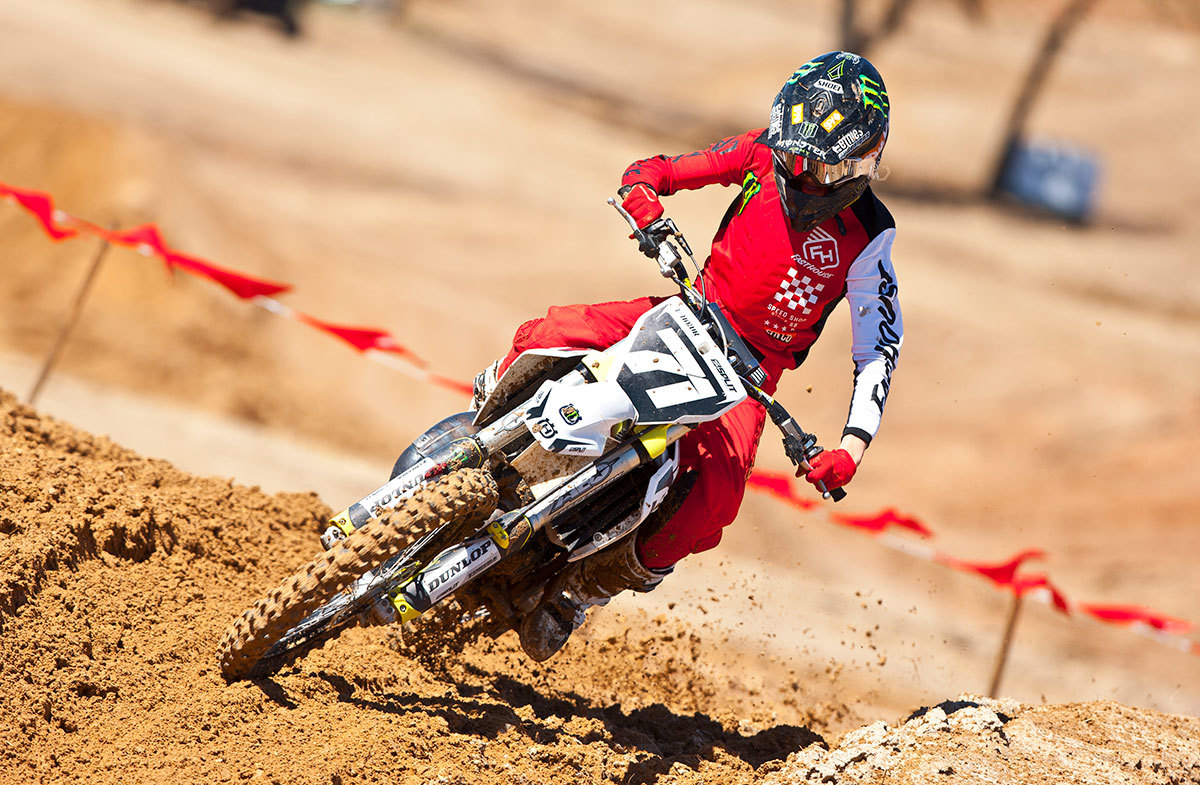 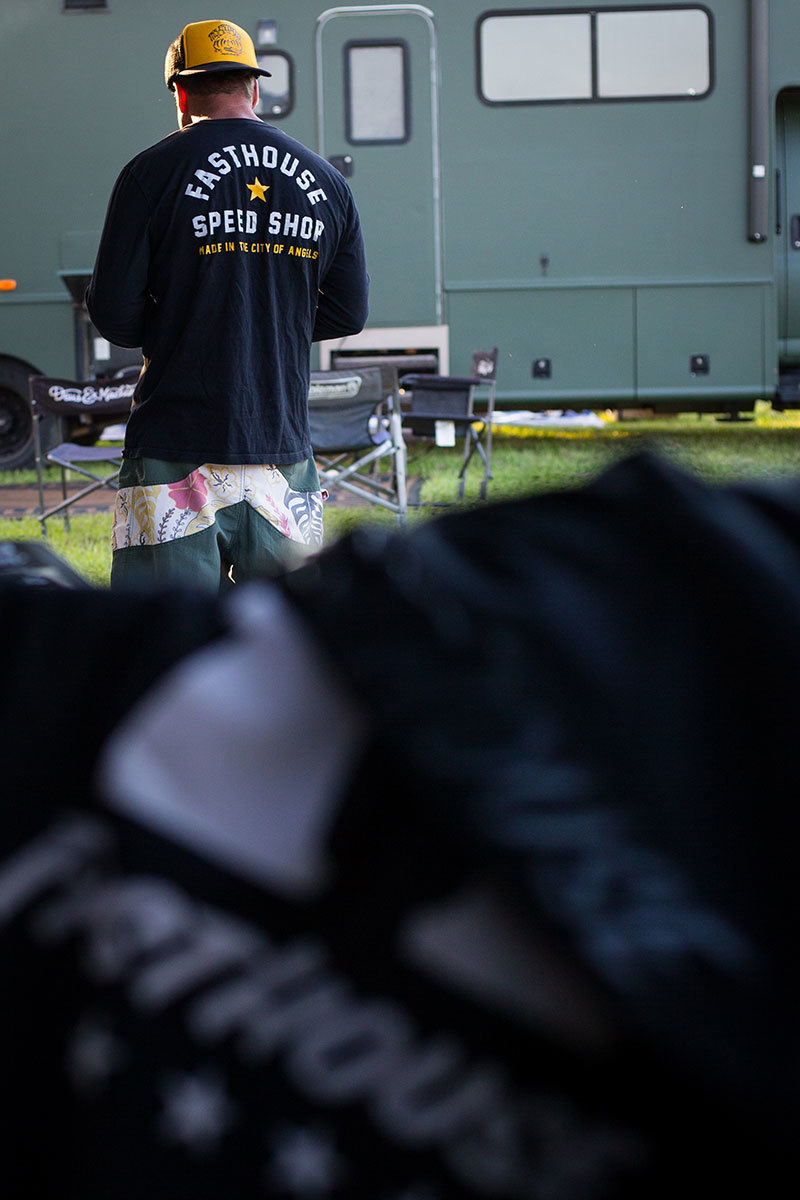 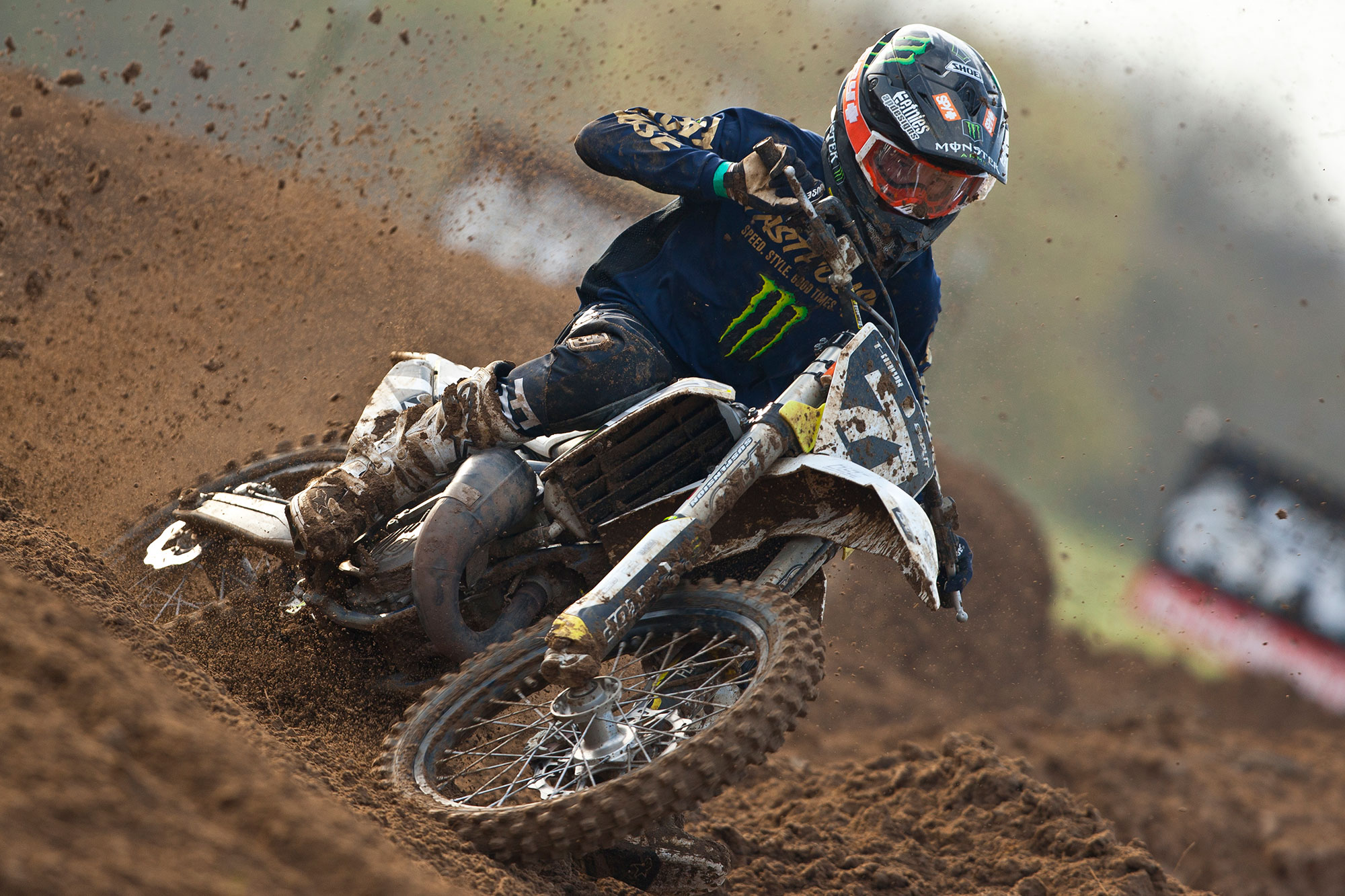 Caleb and Teegan flew into Dallas and Ubered to Oakhill just in time for race day. The RV just got real small, but having dad/mechanic (kinda) gives me peace of mind. One time at a Loretta Qualifier in Illinois I was so proud of myself for changing a back

tire in the rain only to look at it again after his race and see that I didn’t adjust the brackets to make his wheel straight... it was literally caddy whomps and way crooked to the left! Thank God the track was counter clockwise for the most part, and Talon won his Moto! Lesson learned. 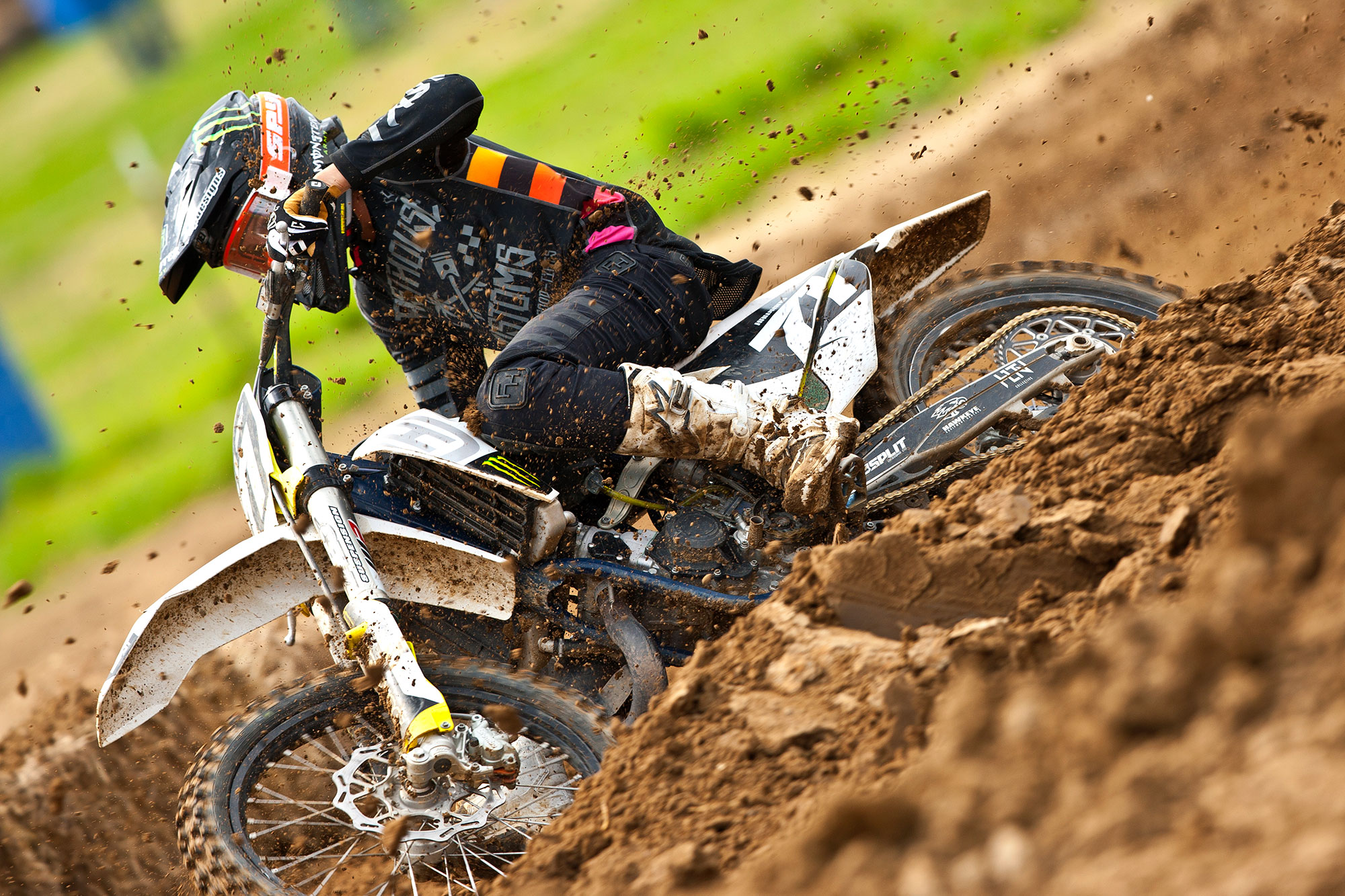 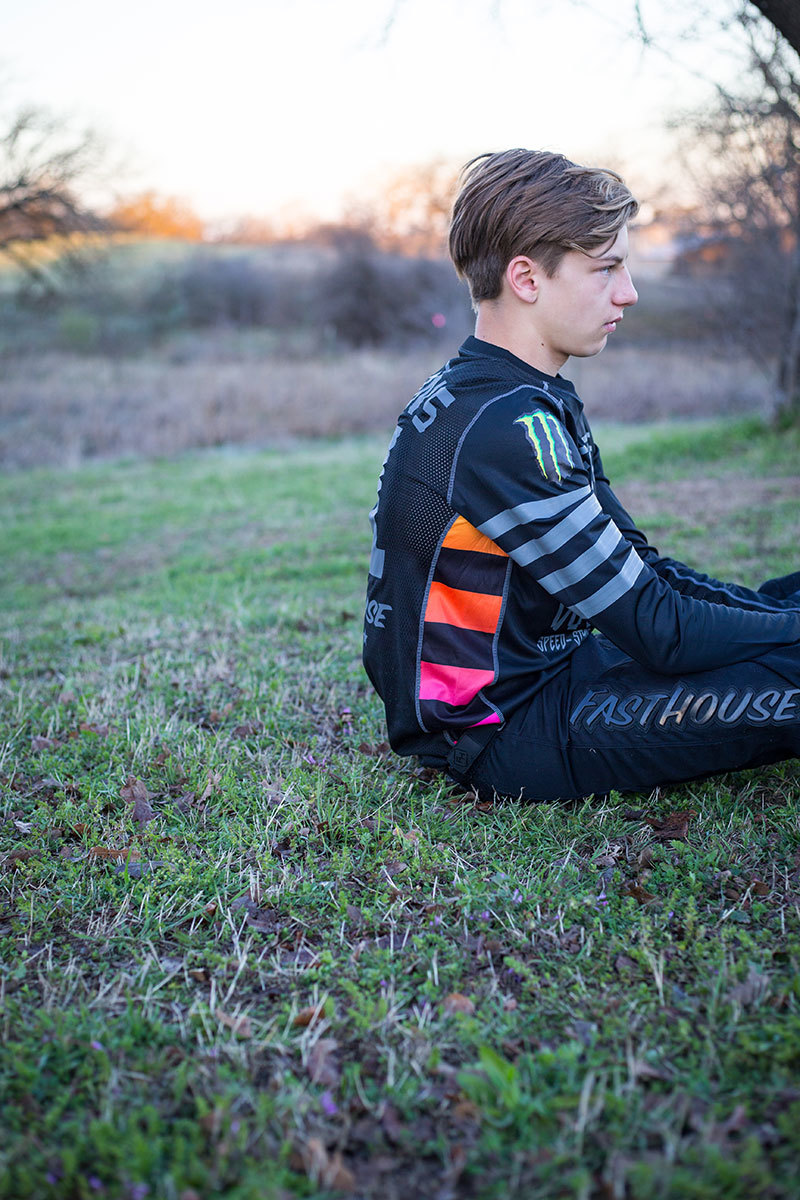 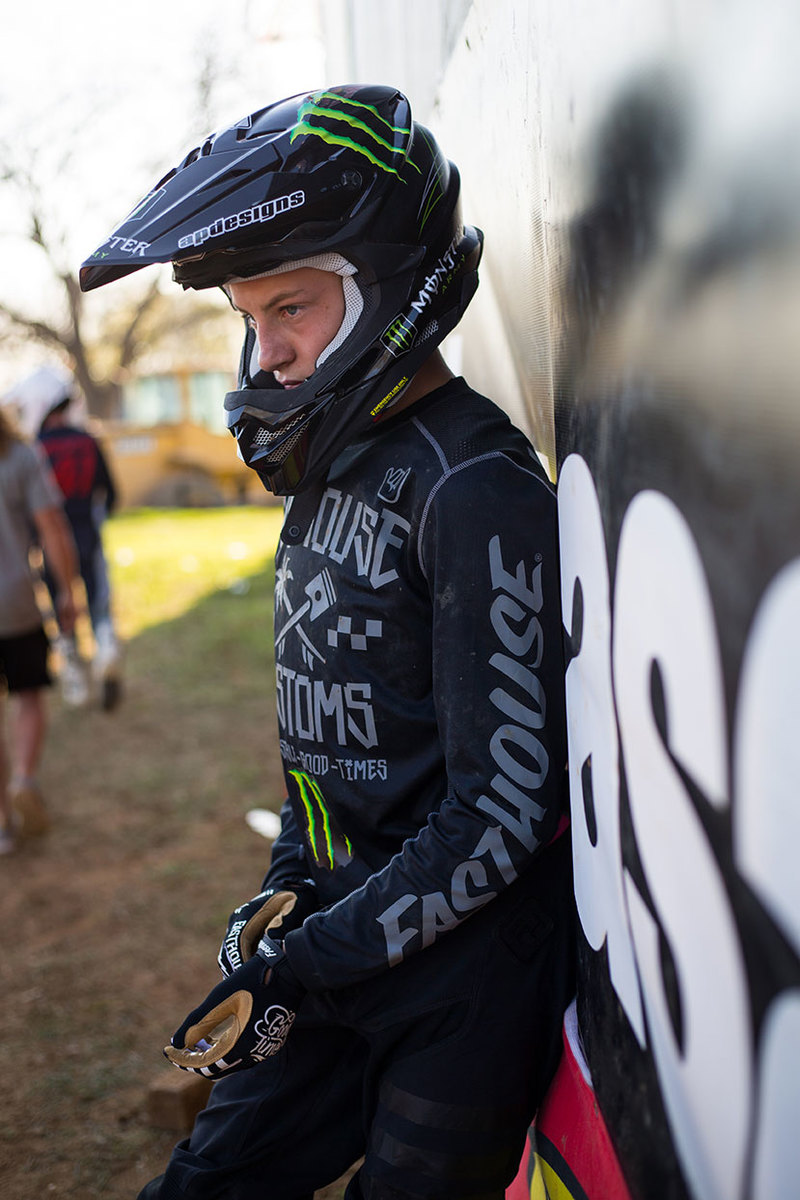 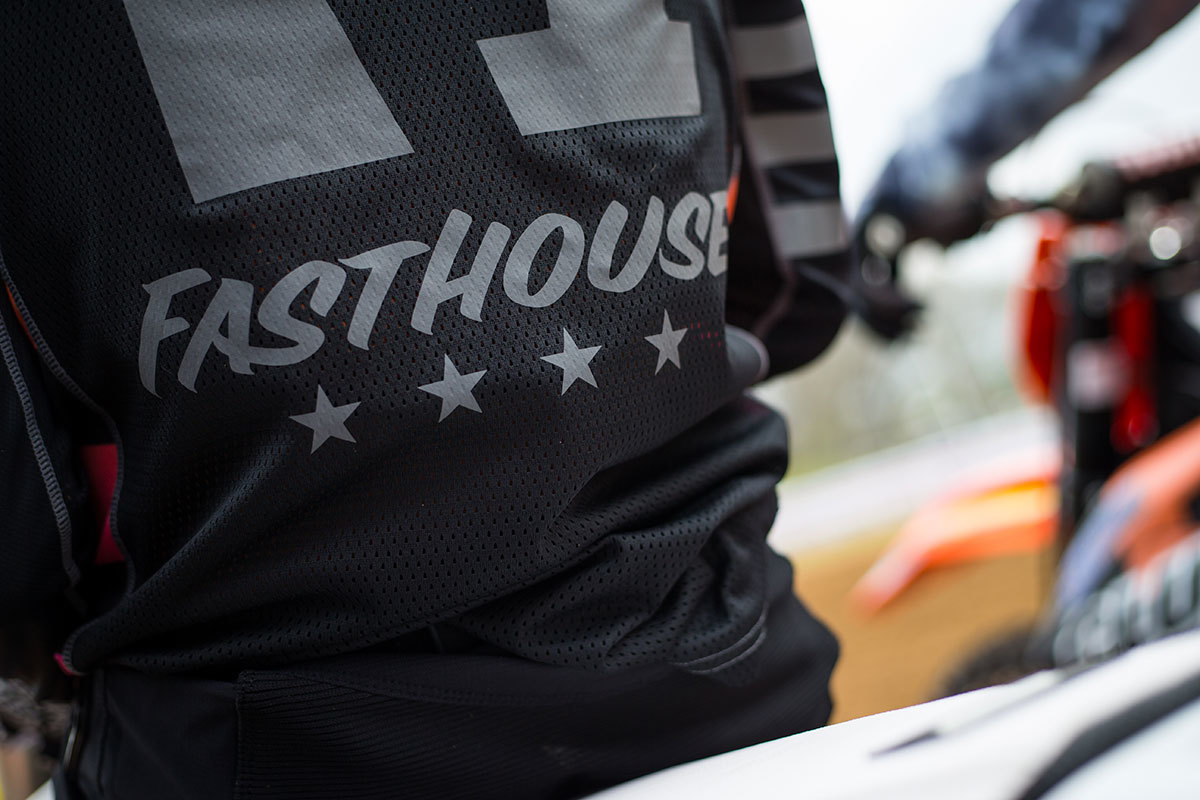 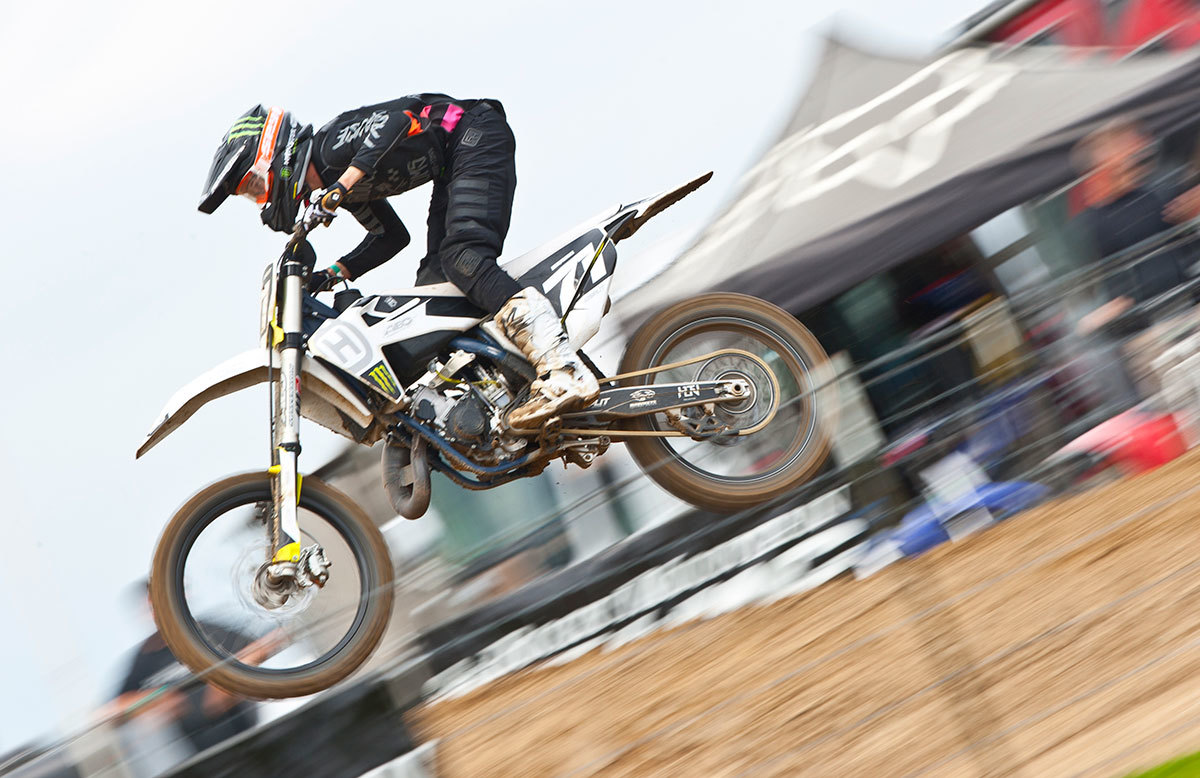 After killing it at Oakhill and winning another Championship, we went back to Masterpools to re-charge. (Do laundry)

For some lame reason I was insisting on parking in a specific site and yanked on our power source in the RV and pulled it away from the harness. Great, no power heading into the second biggest National of the year!

We finally get to Freestone and inside the gate on Industry move in day and park in our favorite spot right on a fishing lake. Ahhh, we get to chill for 2 days while Talon runs amuck pit biking and staying up way too late.

The week went awesome. He had a couple of times that he went down while he was in commanding positions, but all of it in perspective, he killed it. He raced his Supermini and his 125 in 4 classes and ran up front all week long. The 125 wasn’t even a thought to bring to Texas. It’s all stock except for a pipe, but Talon begged us to let him race it.... gotta give him credit, those classes are stacked with a lot older and bigger kids. 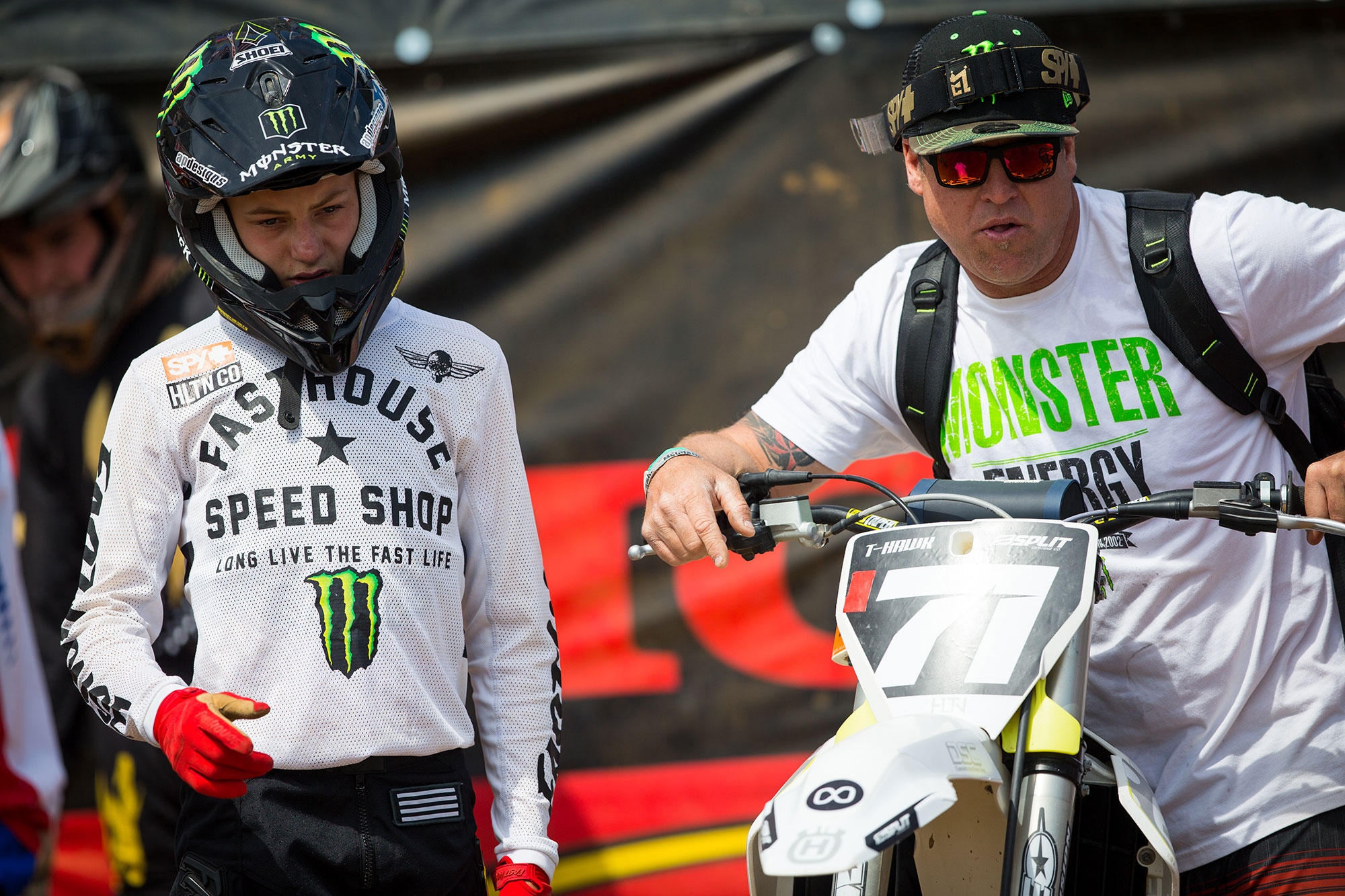 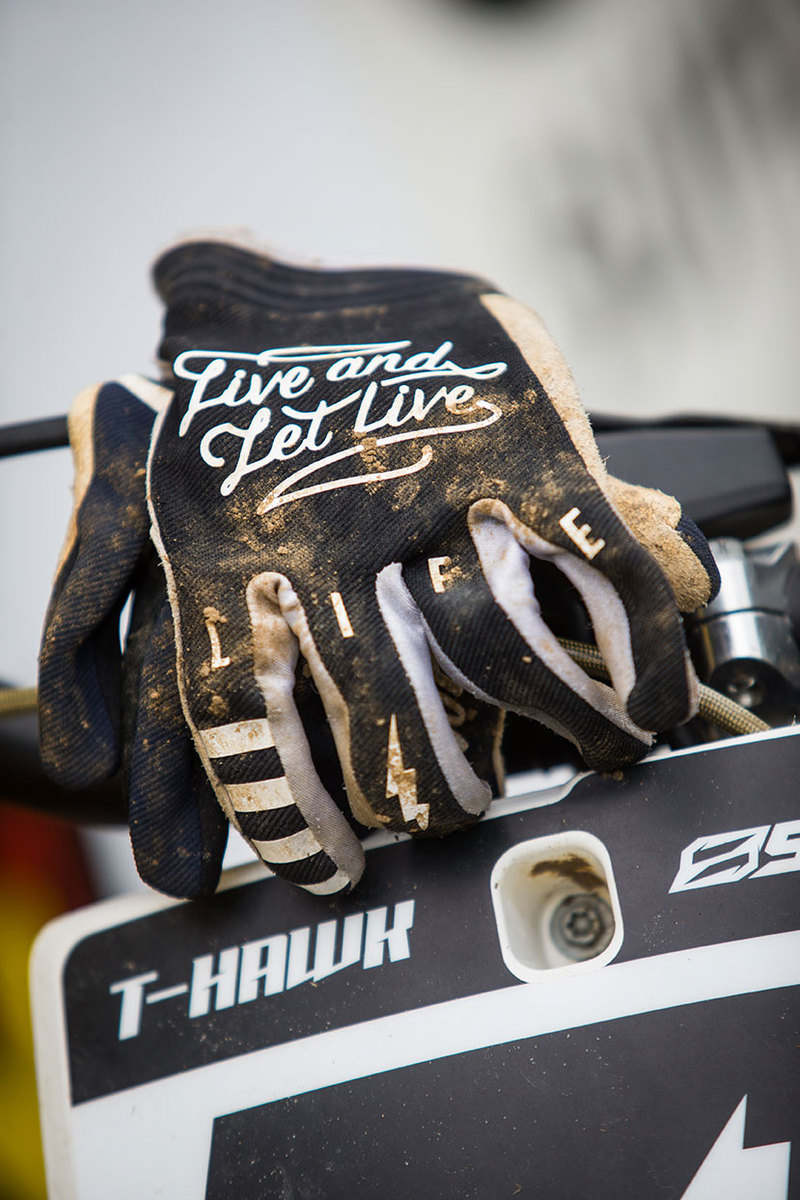 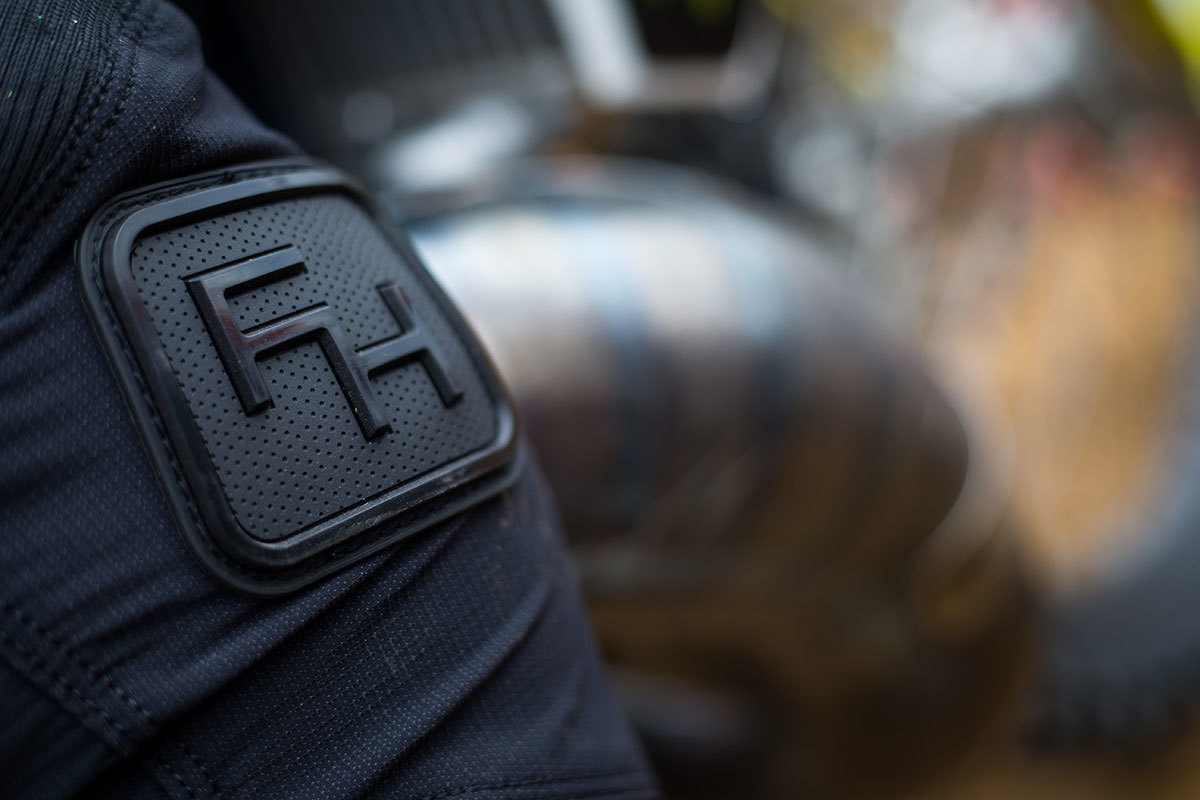 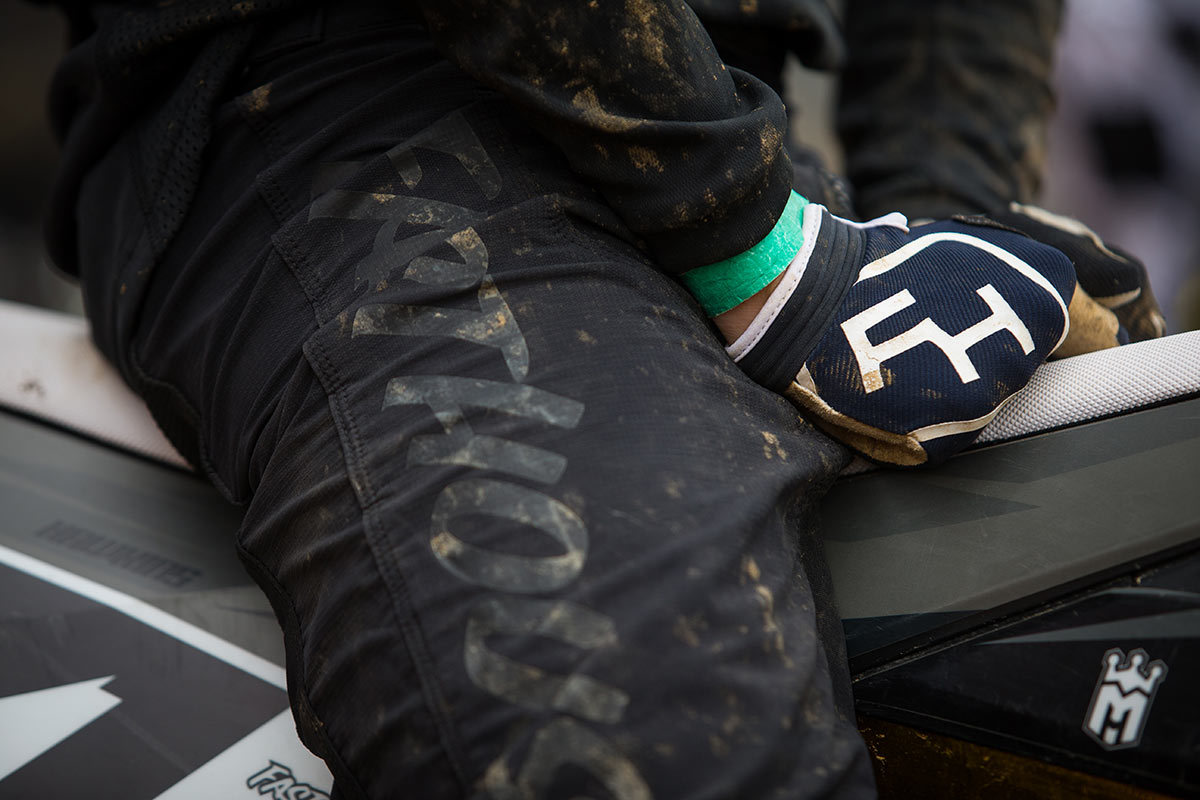 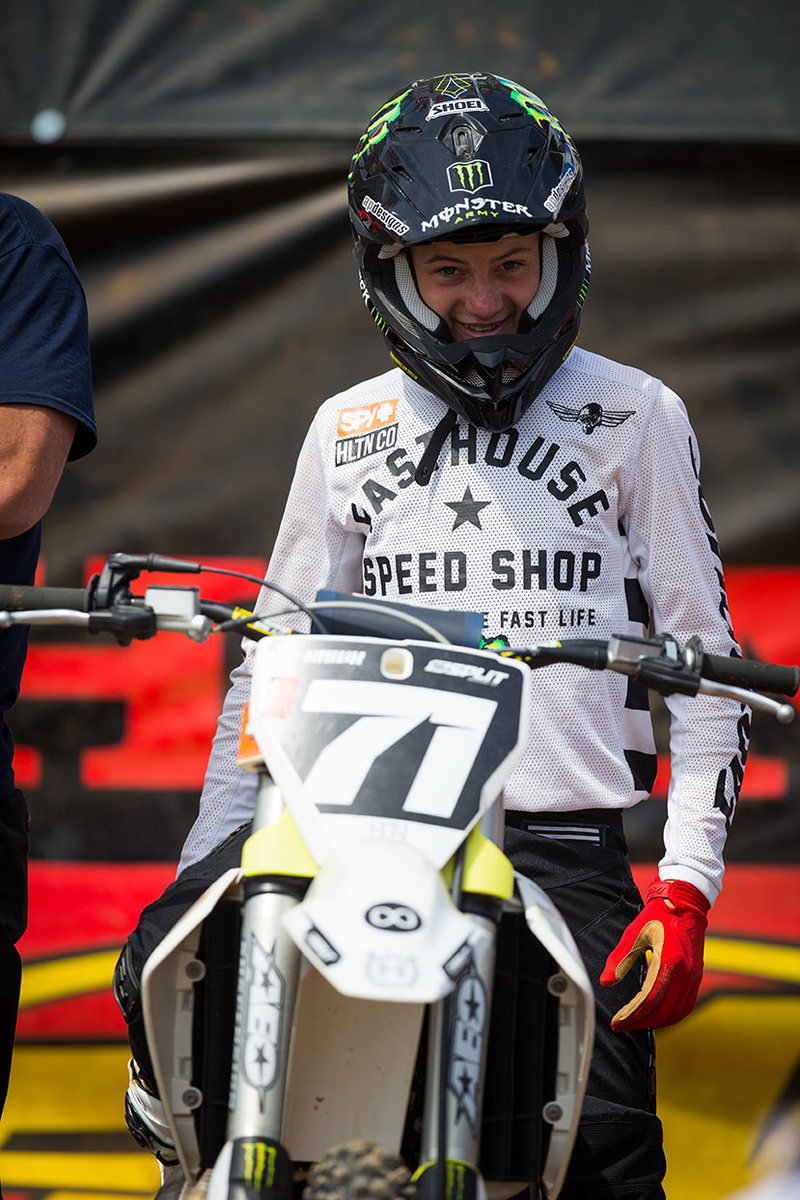 A little surfing in Waco

After racing concluded we set our sights on another bucket list adventure that was finally within our reach. Surfing in Waco Texas. The Surf Resort and Wakeboard park is called BSR. It has a manmade wave that spits out rights and lefts. There’s a Bar and grill and little cabins nestled around the lake. There’s a little island in the middle with Lemurs that chill in the trees and call out to you, or maybe they are calling us out? Not sure. We each did two one hour sessions, it was the most epic stop ever!

Moto takes us on the most insane adventures ever. Traveling with our family making memories and kicking ass along the way!! I missed my calling in life, I should have been a trucker. I love the journey!

I guess you can call me “Mutha Trucka”. 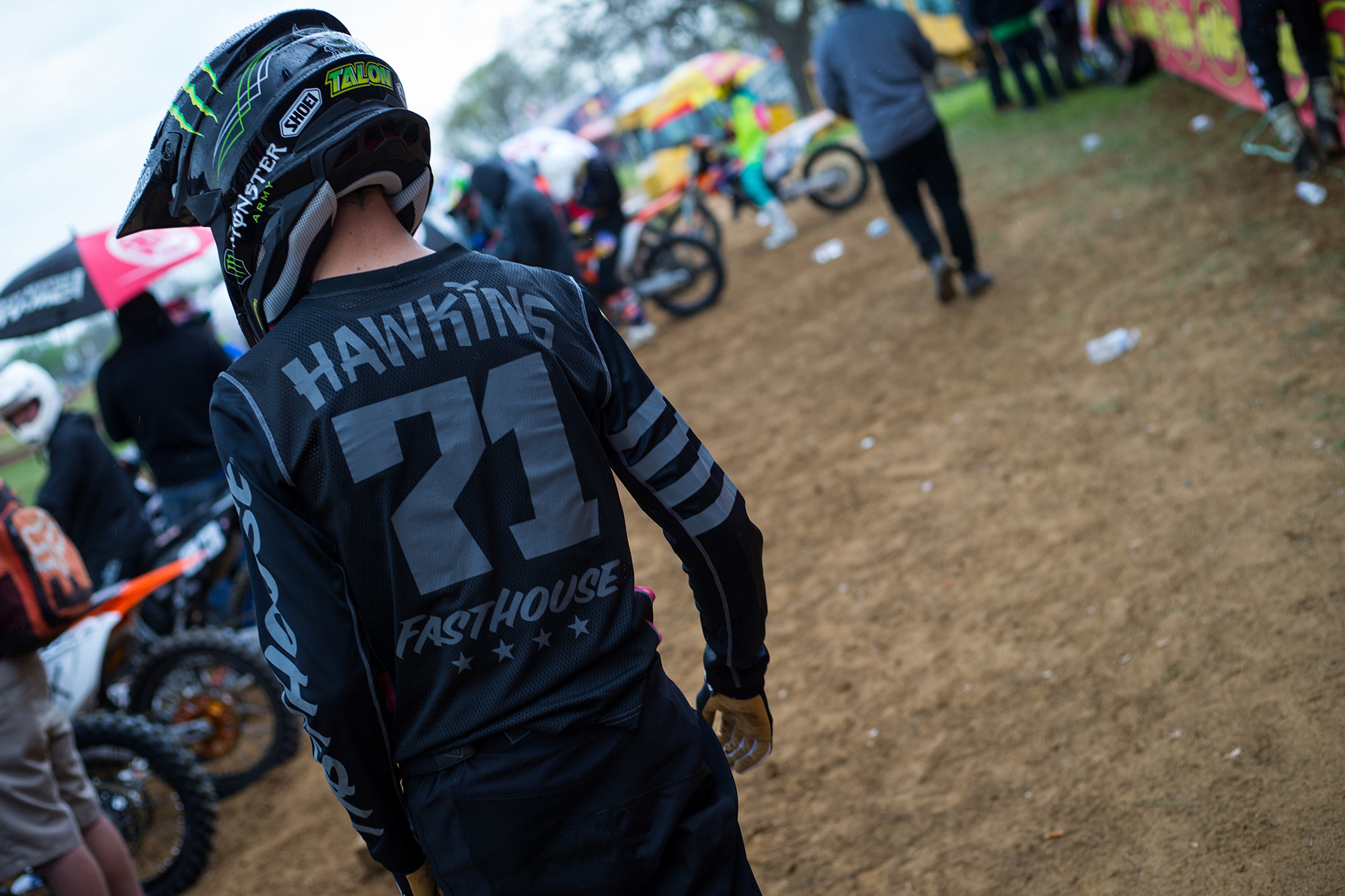