Zach was lined up on the extreme inside for the dead-engine start of the forty-five-minute pro race. At the wave of the green flag, his bike fired instantly and Zach was only beaten to the first turn by his teammate. Bell was able to square up his stablemate early on lap one and took off in the lead. Just as the first lap ended, Zach made a small bobble in the difficult rock section, losing the lead to Dante Oliviera. Bell then lost second place to Taylor Robert as he played it slightly conservative on the slippery pavement section.

Within a couple laps, Zach had found the lead pace and closed the distance to Oliviera, who had dropped to second. Around the halfway point, Dante opened the inside line just enough for Zach to make the pass through a log section. From there, Bell set quick laps, trading fast times with Robert, and closing to within ten seconds at one point. Zach held a good pace to the finish, losing a little time in the closing ten minutes, but claiming an impressive second.

“The whole weekend went great. I’m getting better and better in the rocks and more comfortable in these kinds of obstacles. I got off to a second-place start behind Blayne again, he ripped the start. It was a good position considering my start pick. I made a few mistakes the first couple laps and those guys got around me. Looking back, I was being a little timid the first few laps with how slick it was. Then, after that I started picking up the pace. I passed Dante and was really trying to keep an eye on Taylor. I was matching his pace for a good ten or fifteen minutes, and I was happy about that. Once we got into the later laps, lappers played a part in the race. [The lappers] were battling and I couldn’t get by them for a while. But it was good. Getting second here is great. I’m learning and building, and feeling good.”

Blayne’s KX450 fired up instantly, earning him an uncontested holeshot. Thompson showed good pace early, battling inside the top-five. The fighting continued as he, Andrew Short, and Justin Seeds traded positions through the first fifteen minutes. Then, Blayne came around to a bit of a pile-up in the rock section. Taking a different line to avoid the stopped riders, Blayne lost traction and stuck in the rocks. Unfortunately, Thompson’s chain derailed in the process. Blayne got his bike out of the section and was able to realign the chain, but he had fallen over a lap down through the incident. Thompson rejoined the race and continued to push to make up as much ground as he could. In the end, he was able make a few passes to salvage an eleventh-place finish.

“I got off to an awesome start and ended up getting the holeshot. I pushed a little bit in the beginning, but made a couple little mistakes. Zach and Taylor and them got around me. From there I just started to ride my own ride. To be honest everybody out-rode me tonight, I’m just not used to these kinds of [obstacles]. Then I came into the rock section behind a couple guys and they piled up. I tried to get around them, but got stacked up and the chain came off. It was a little bit of a struggle trying to get [the bike] off to the side of the track. By the time I got the chain back on I was already a lap down. So, I got back on and just rode my ride from there.”

Clay qualified fifth out of the thirty-minute 450A race early in the day, which gave the riders a feel for what was to come that night in the forty-five-minute Pro 2 main event. For the main, the WORCS crew added a slippery pavement section and technical rocks, which would wreak havoc all night. From the middle of the start line, Hengeveld ripped a huge holeshot in the Pro 2 event. Clay held the lead for the first couple laps before dropping back a couple spots. Hengeveld then had a tip-over, but he picked it back up quickly just at the edge of the top-five.

For the first half of the race, Clay held solid right outside the top-five before a pile-up in the rock section really shook things up ahead of him. Hengeveld was able to capitalize, moving into fifth. From there, Clay applied intense pressure on J.T. Baker ahead of him, looking for a way by. Hengeveld was right on Baker’s rear end with a coupe laps to go, but suffered an untimely fall in the rocks. The Team Green rider did his best to remount quickly, but lost a position and would cross the line in sixth place.

“I got off to a great start and got the holeshot [in Pro 2]. Then, to be honest, I was just too conservative on the pavement all night. I did have a few falls, too. I’m happy with how I rode at times, happy with the start, but I think I was just too conservative on the pavement and that’s where those guys were getting away. I had a few good runs through the rocks. Then, a few times it was pretty clustered in there with all the Pro 2’s and the Lights guys. All-in-all, it was a pretty good weekend. I learned a LOT for sure. I feel like I rode well, but not to my full potential so I just want to build into the next few races.” 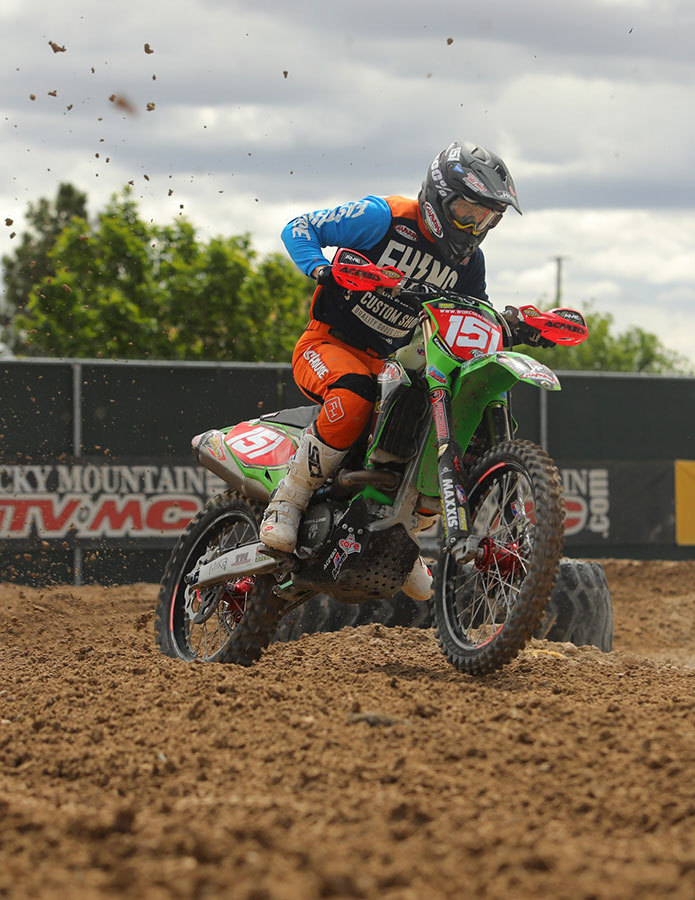 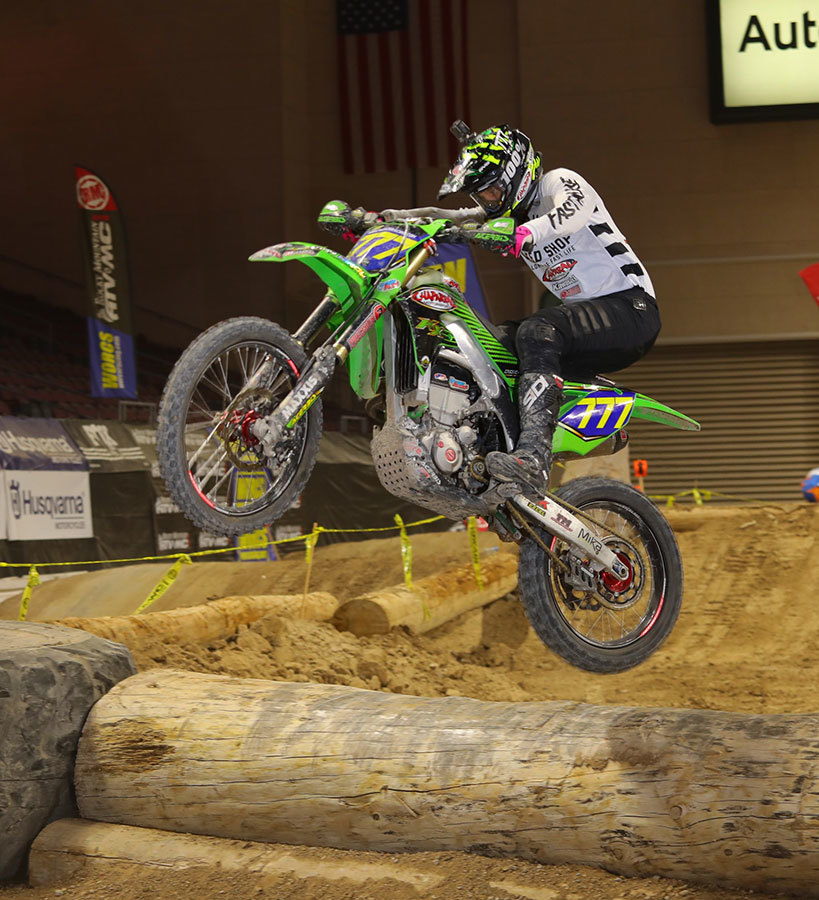 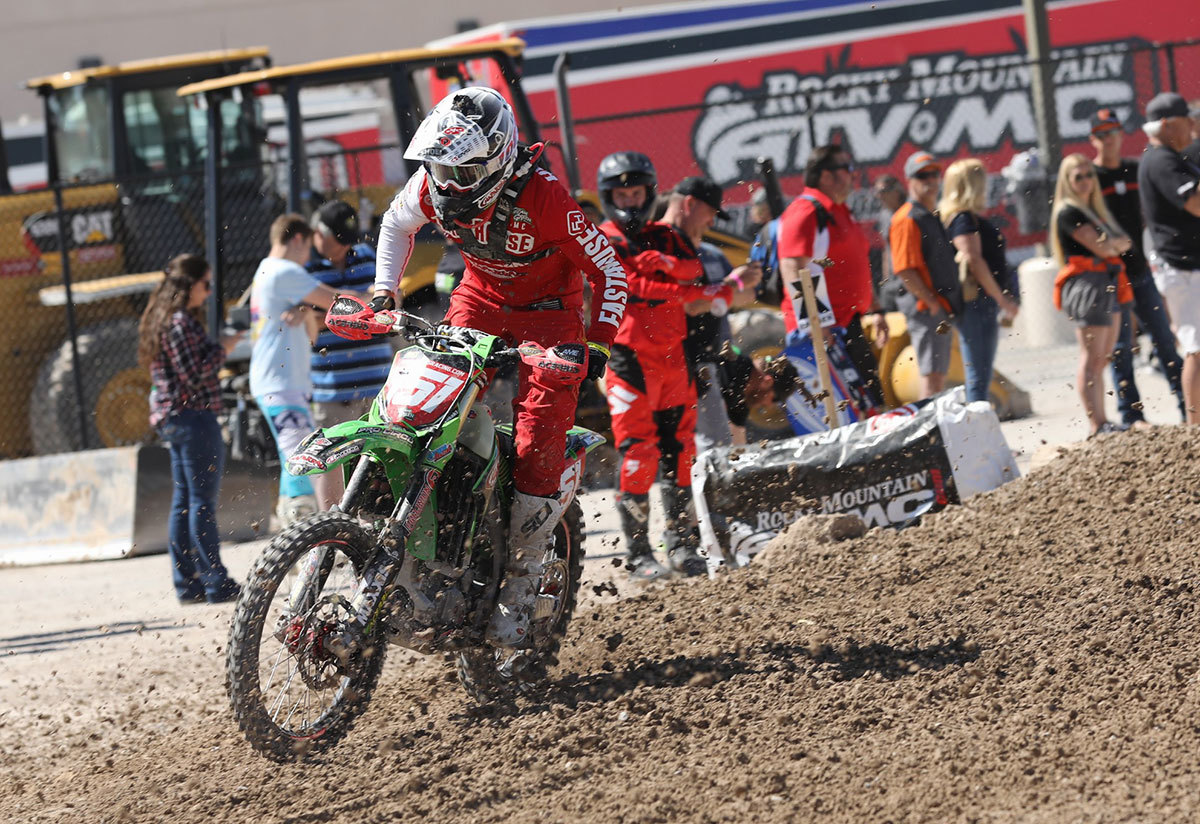 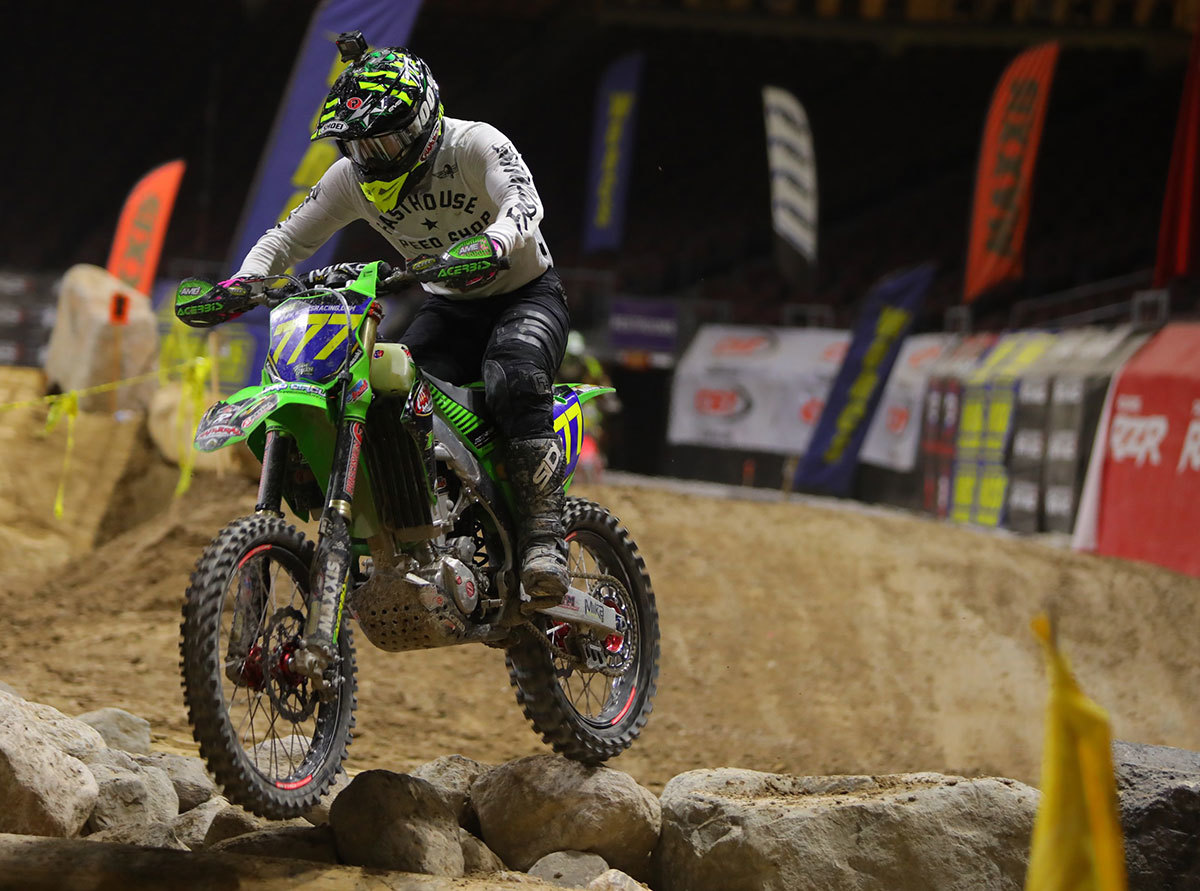 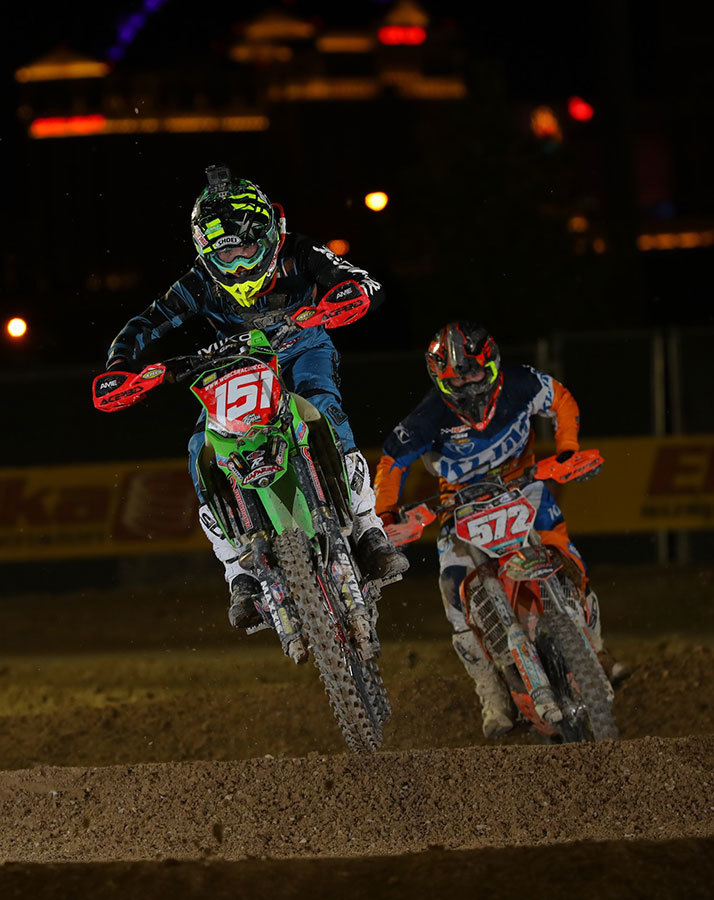 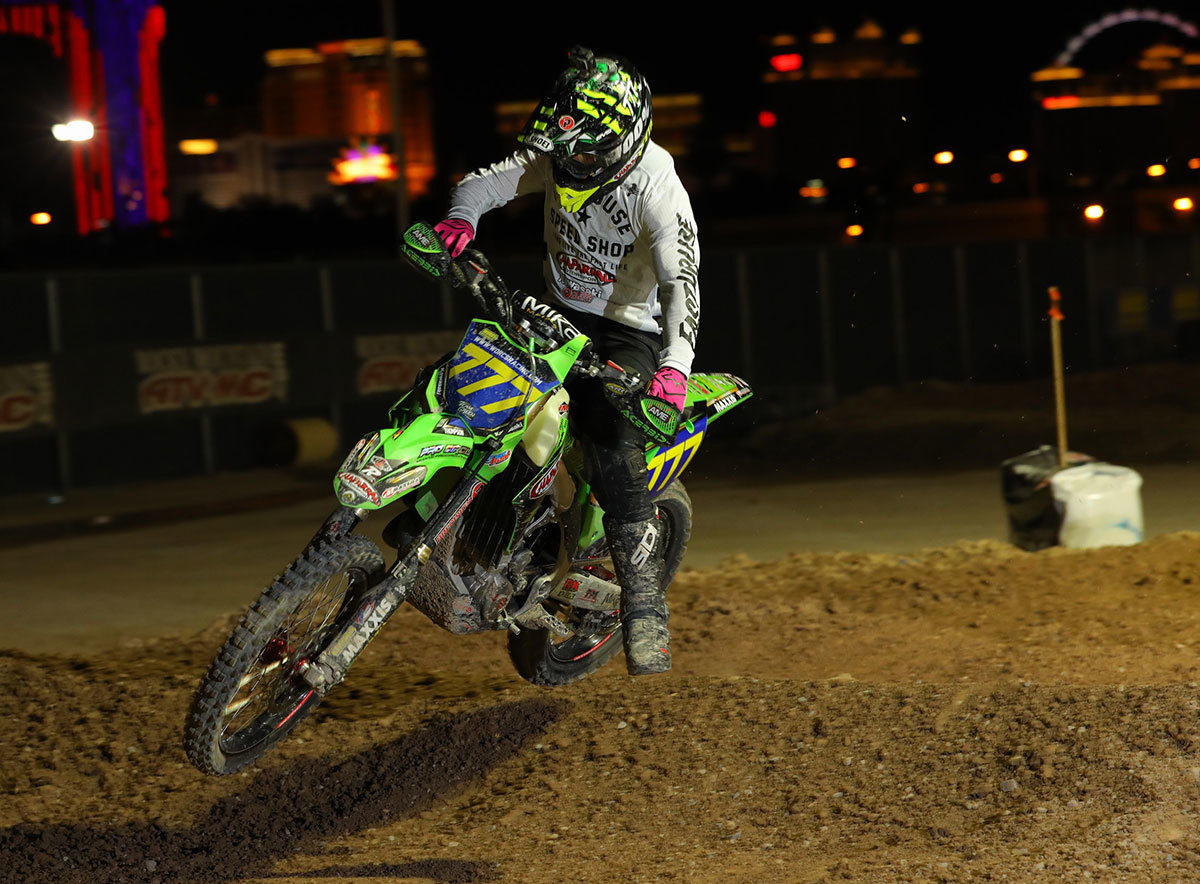 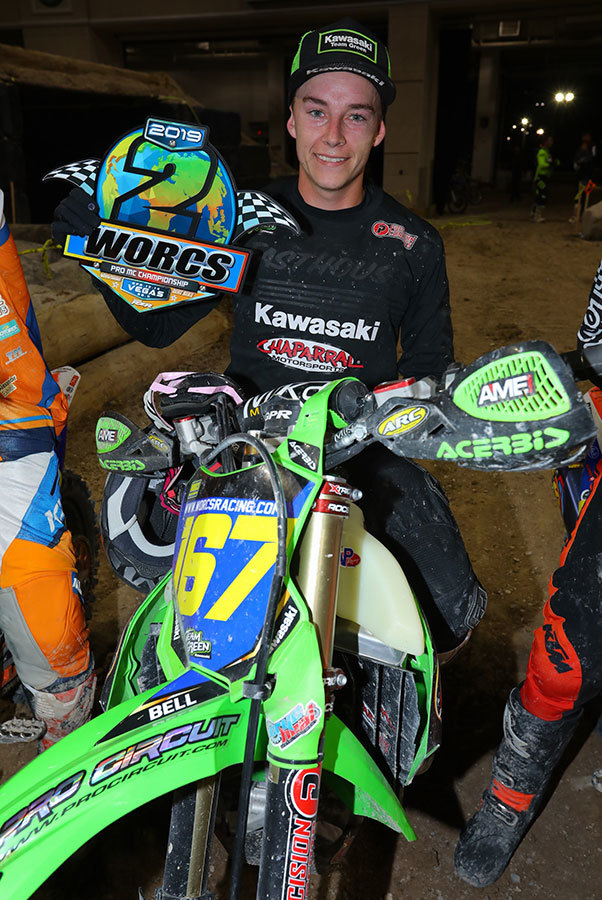 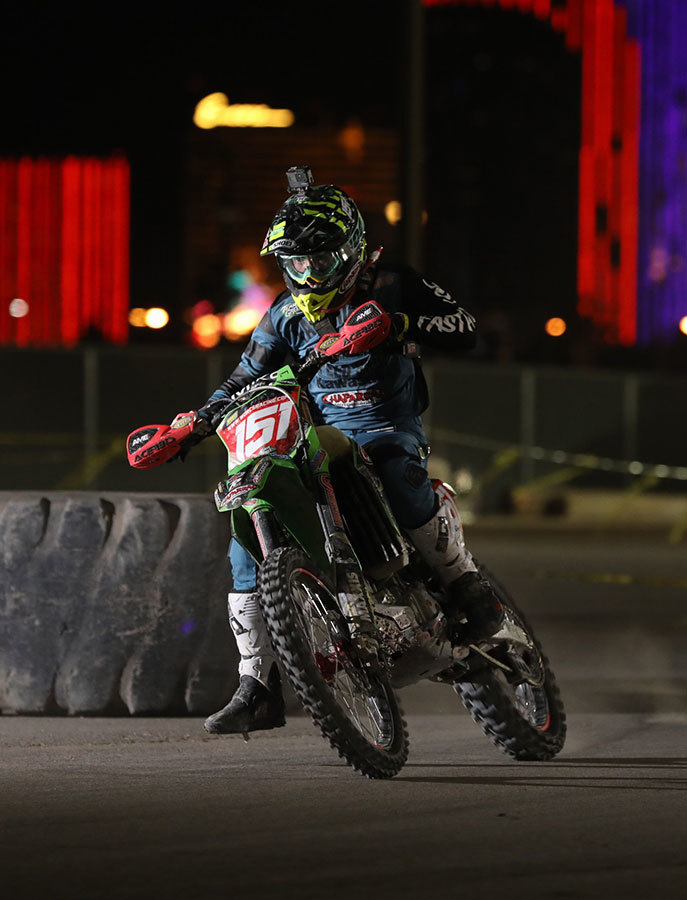 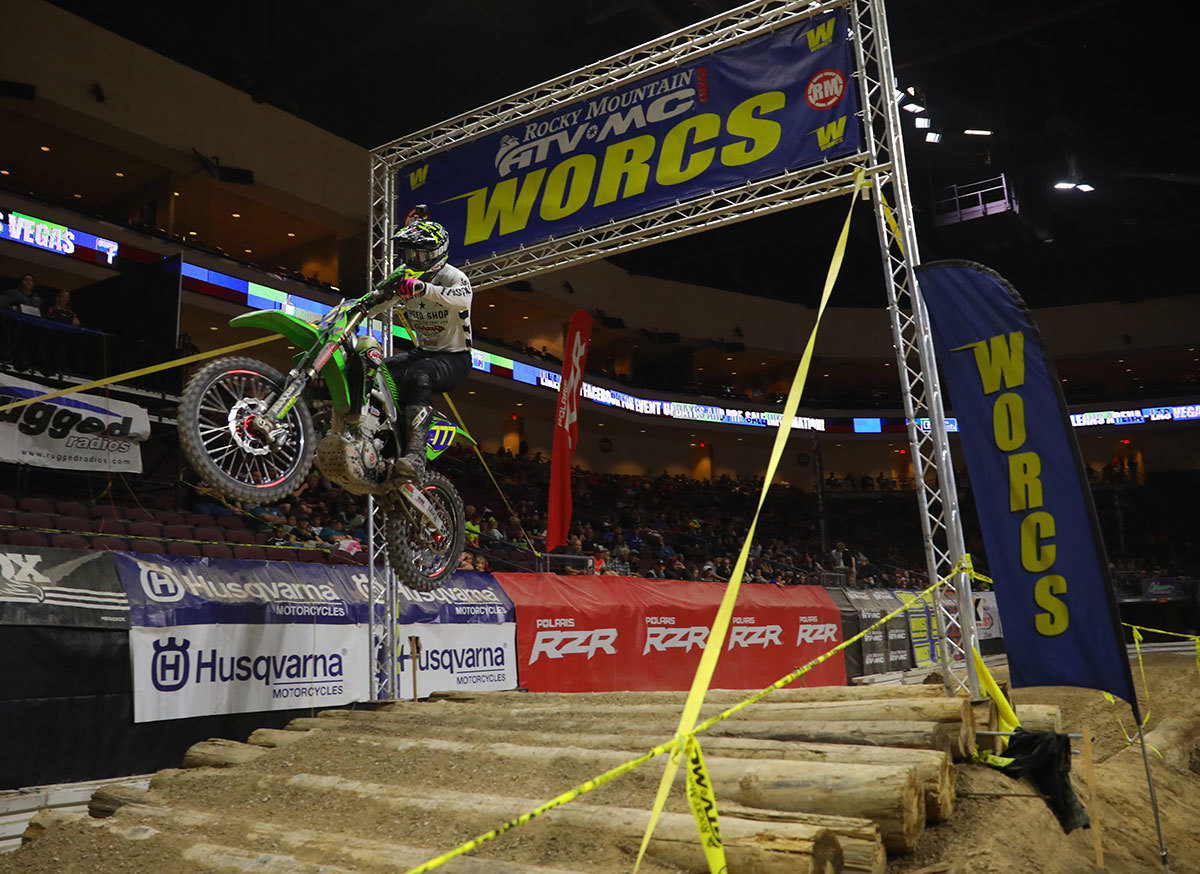 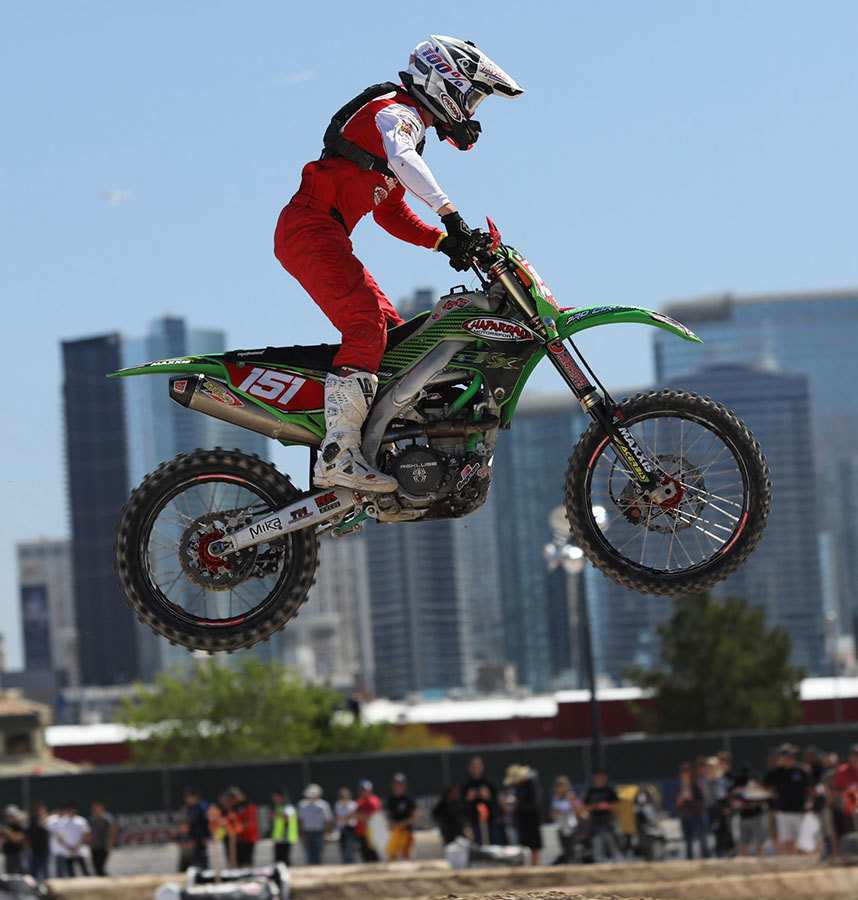 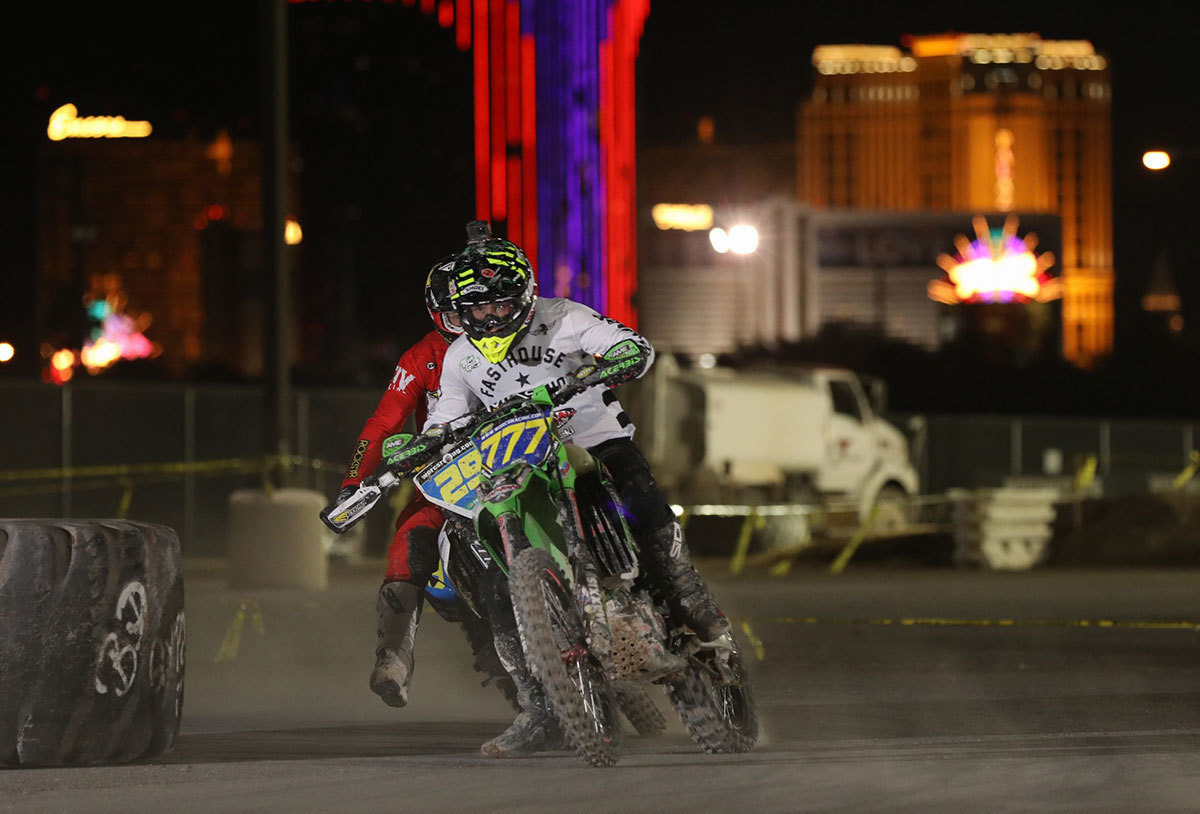 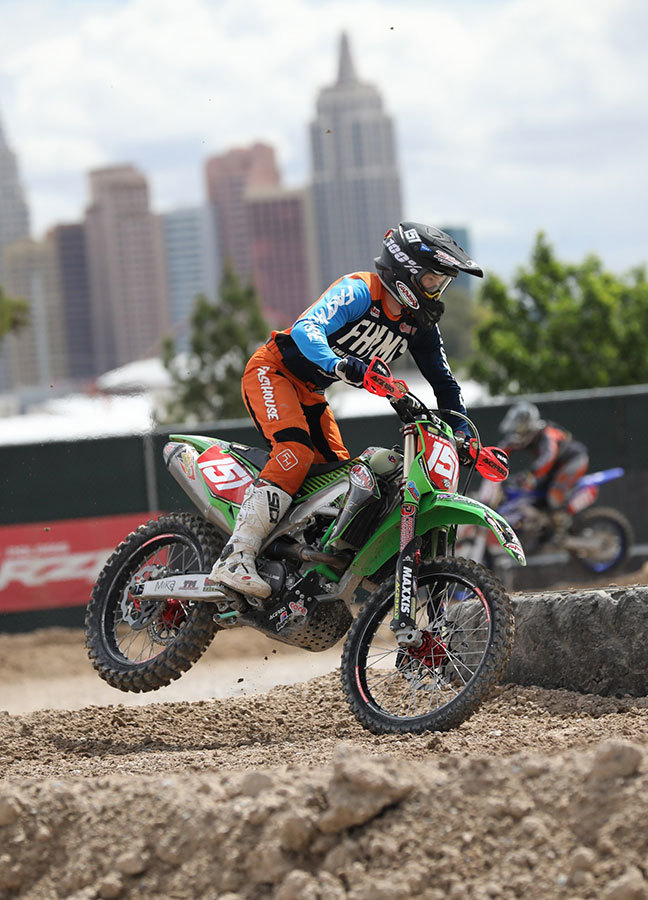 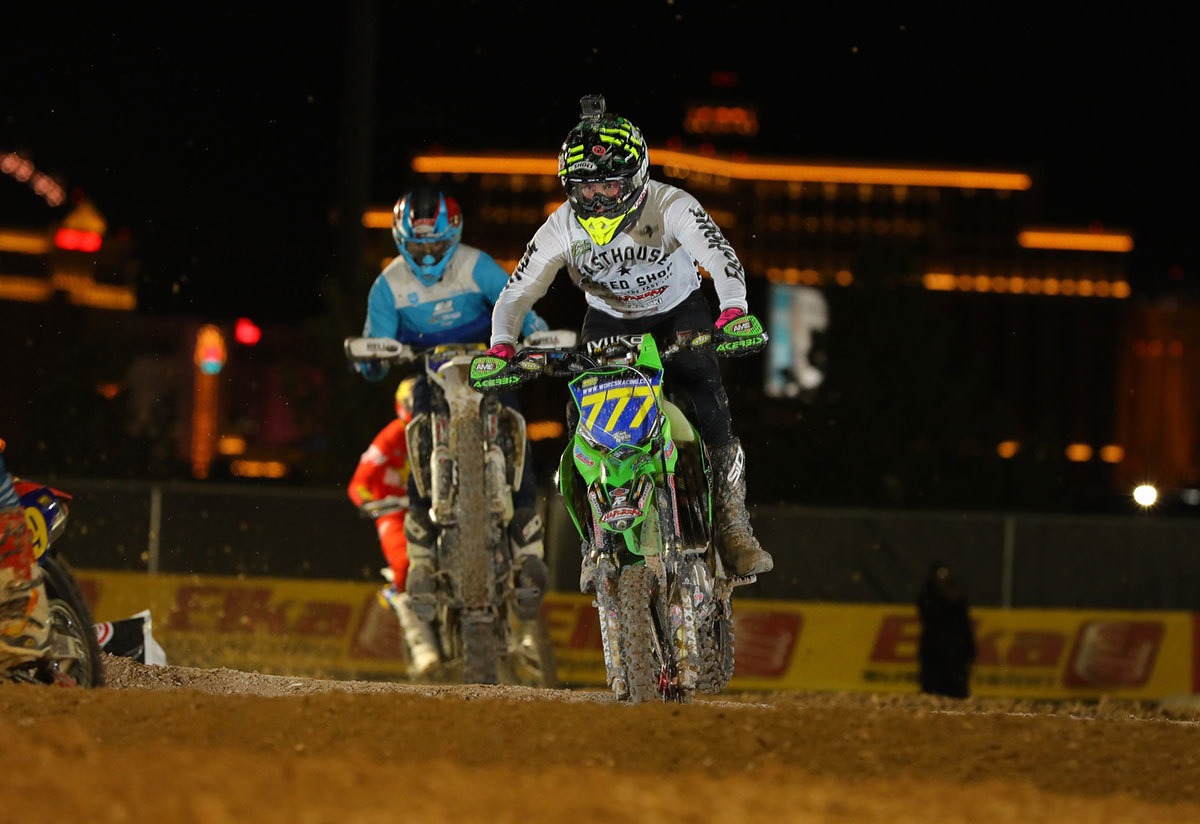 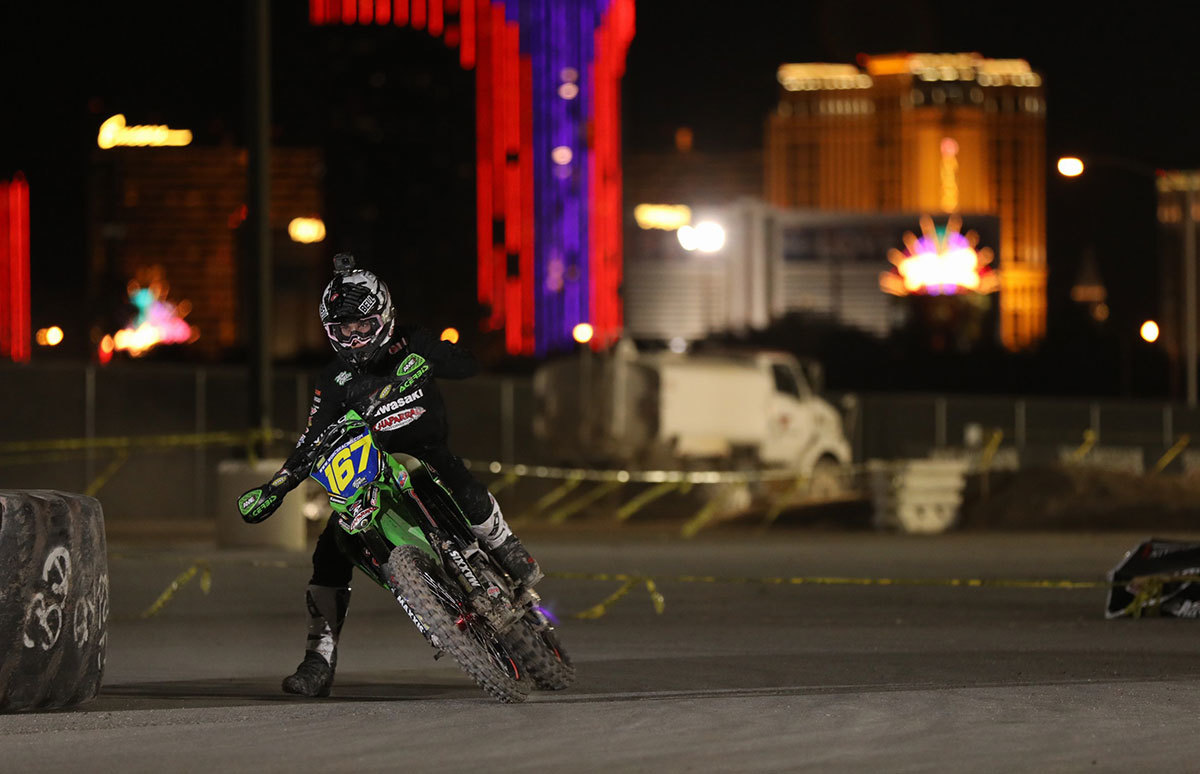 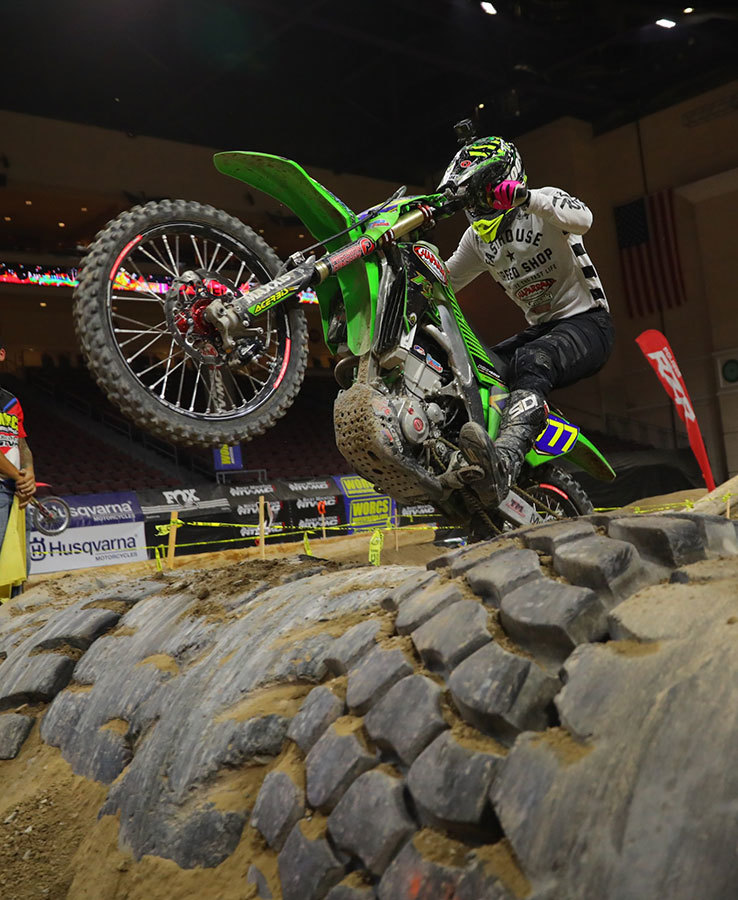 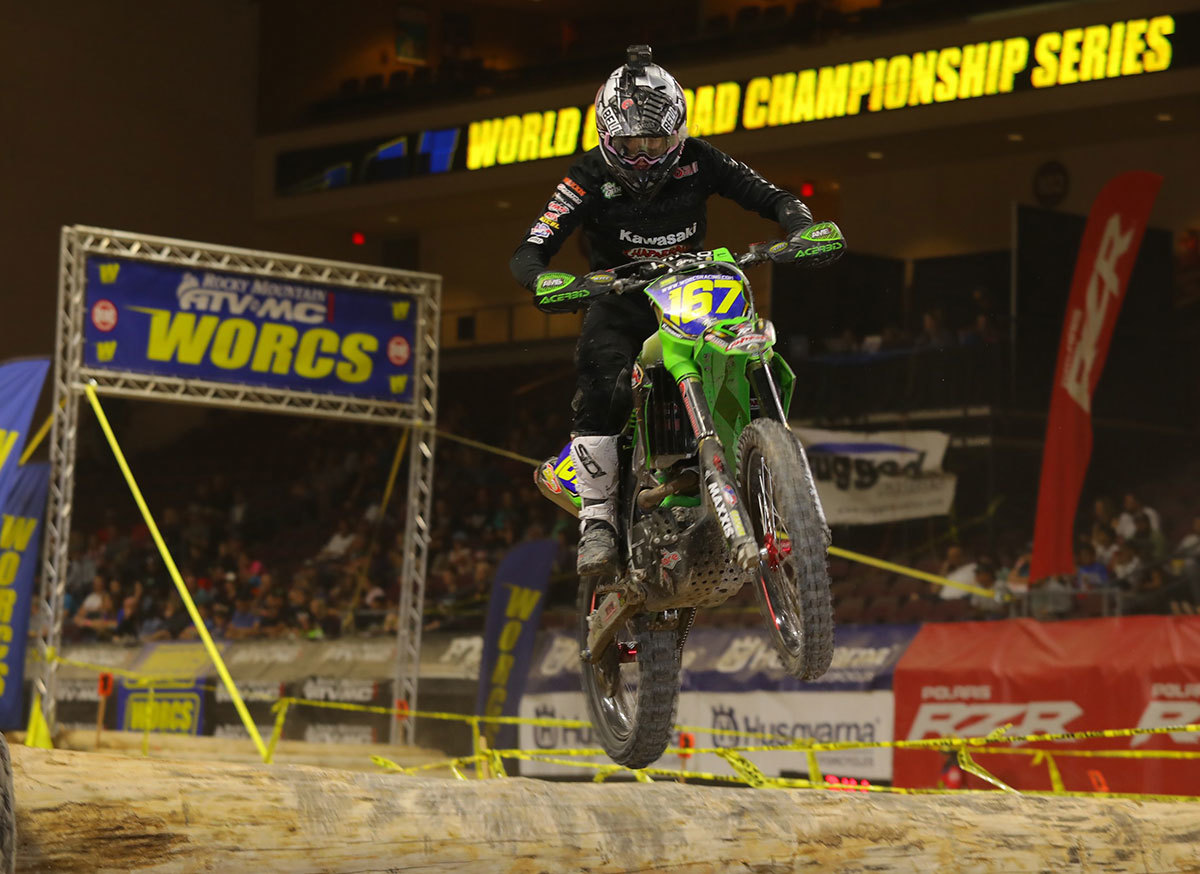 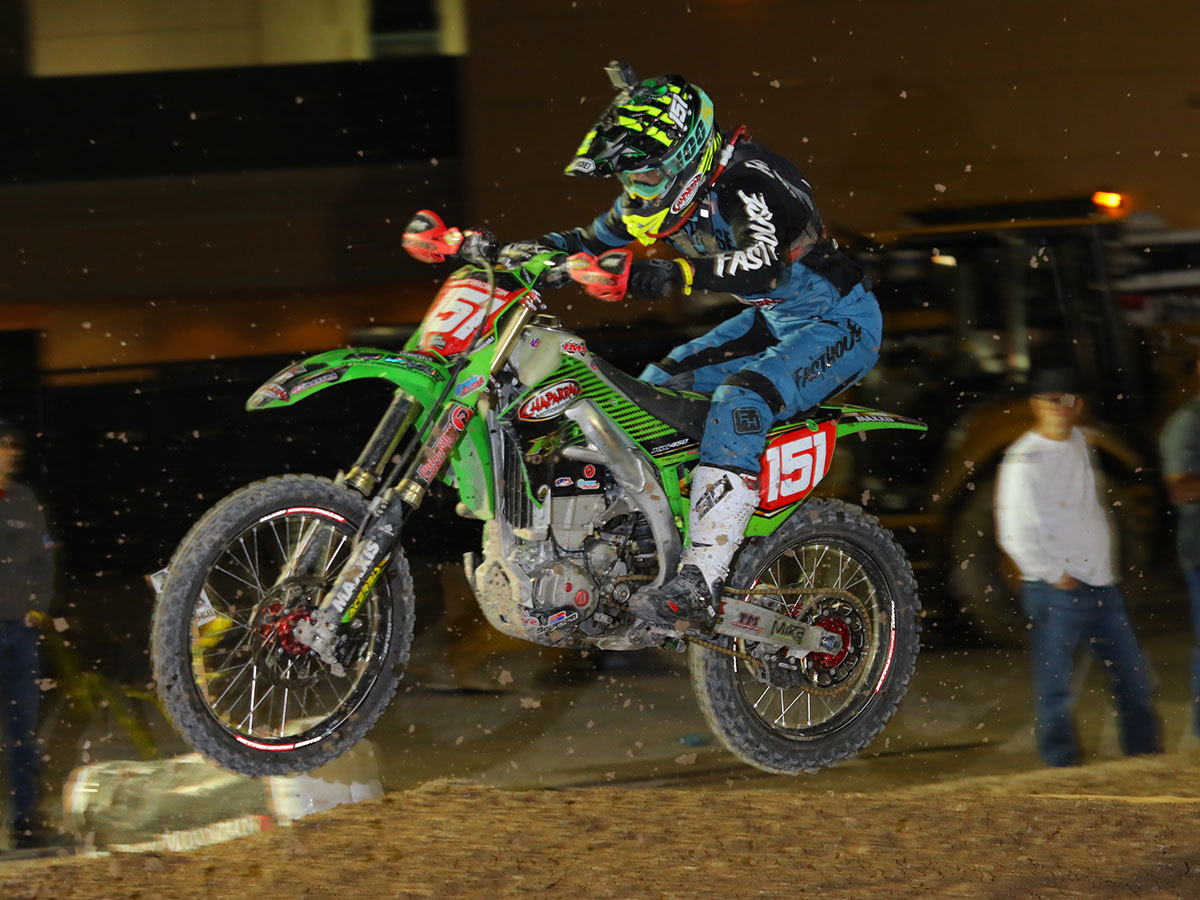 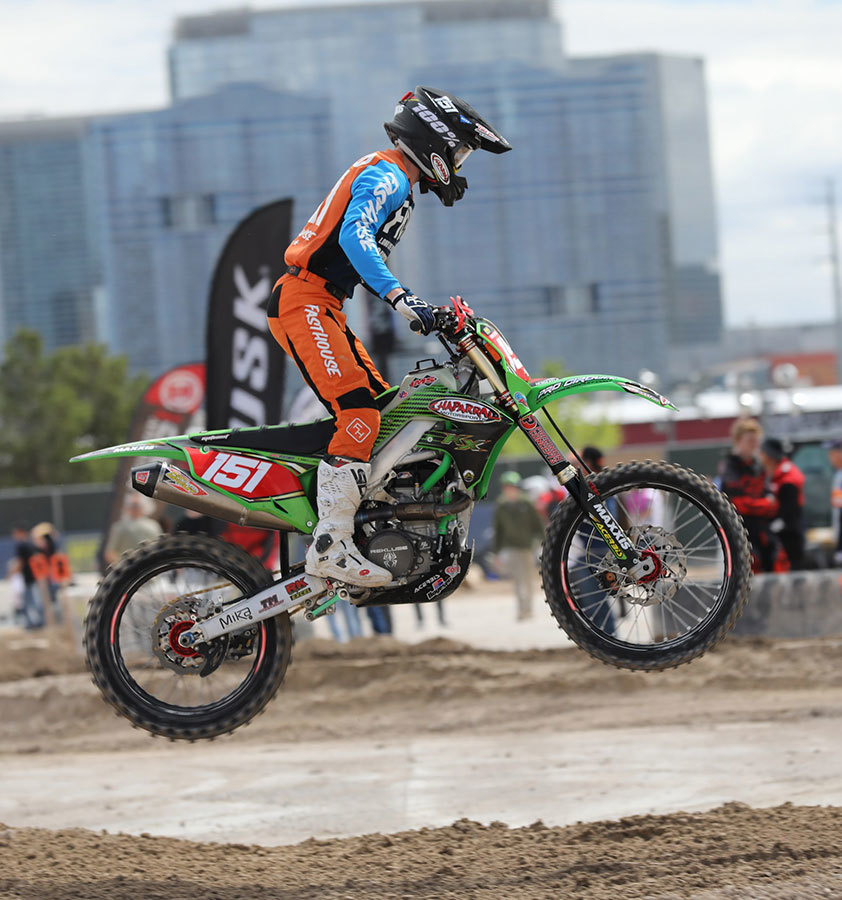 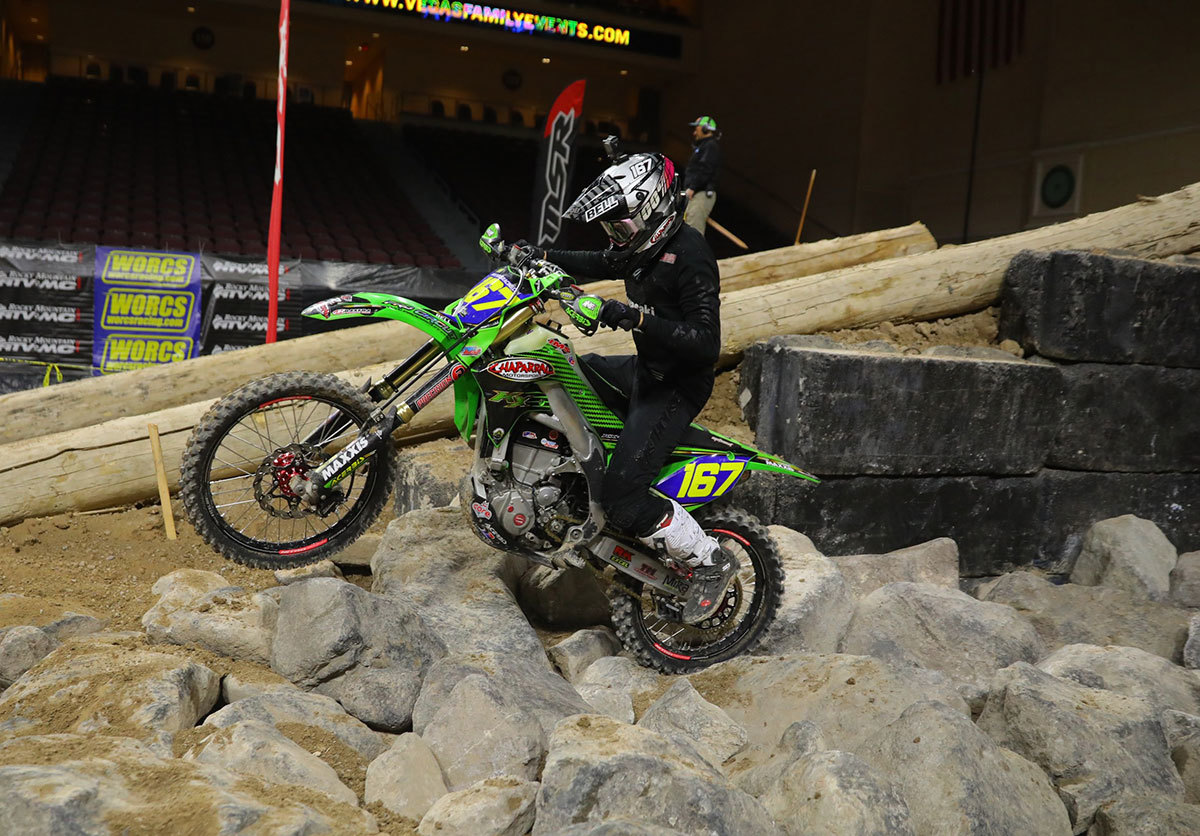 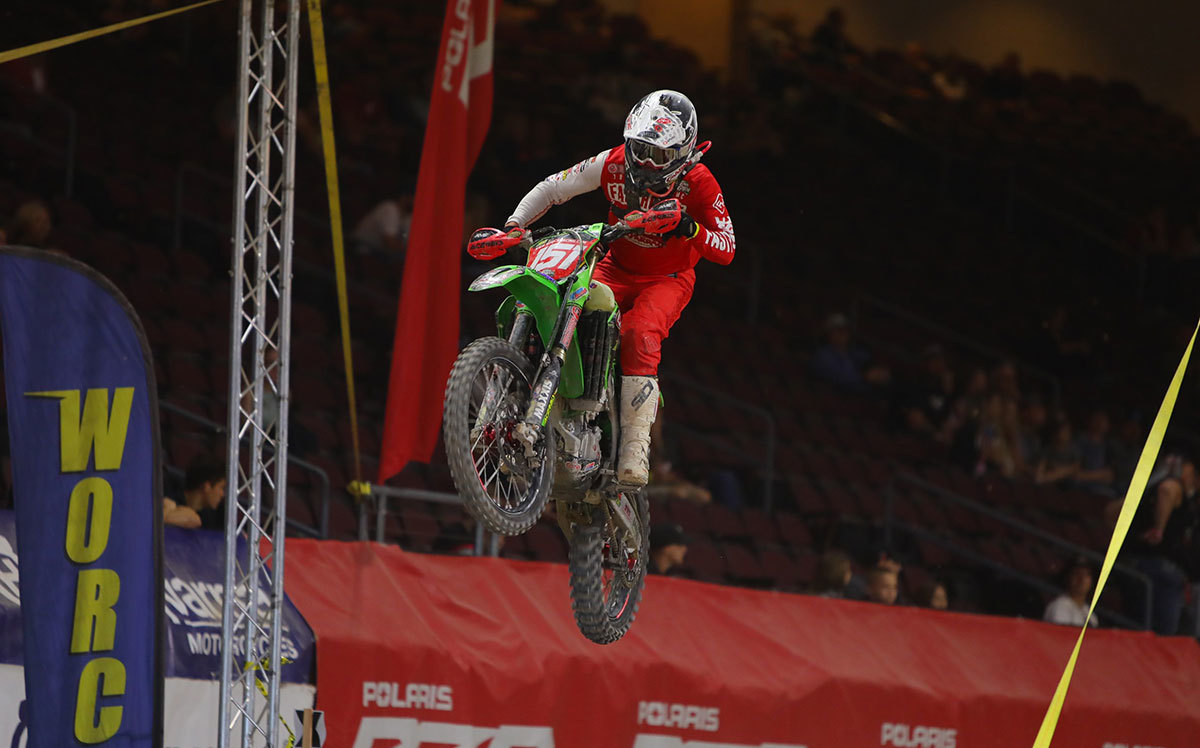 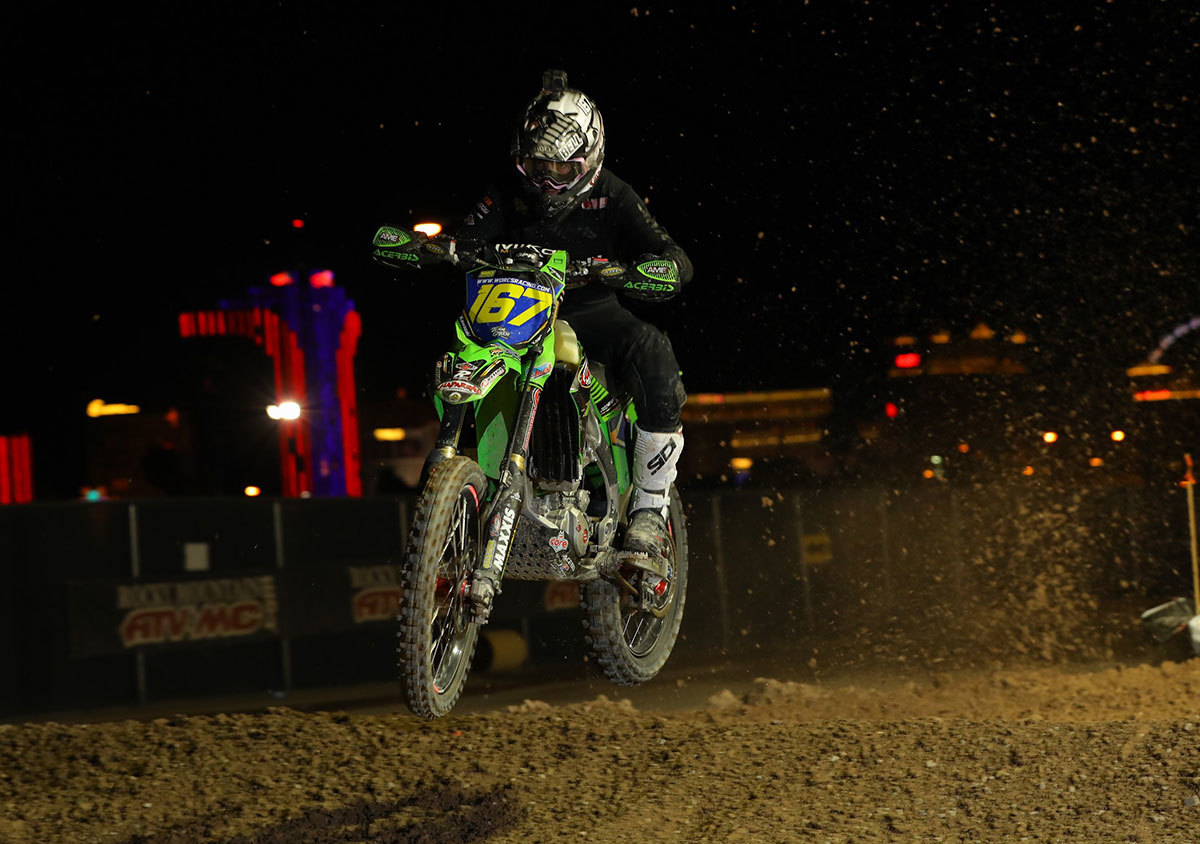 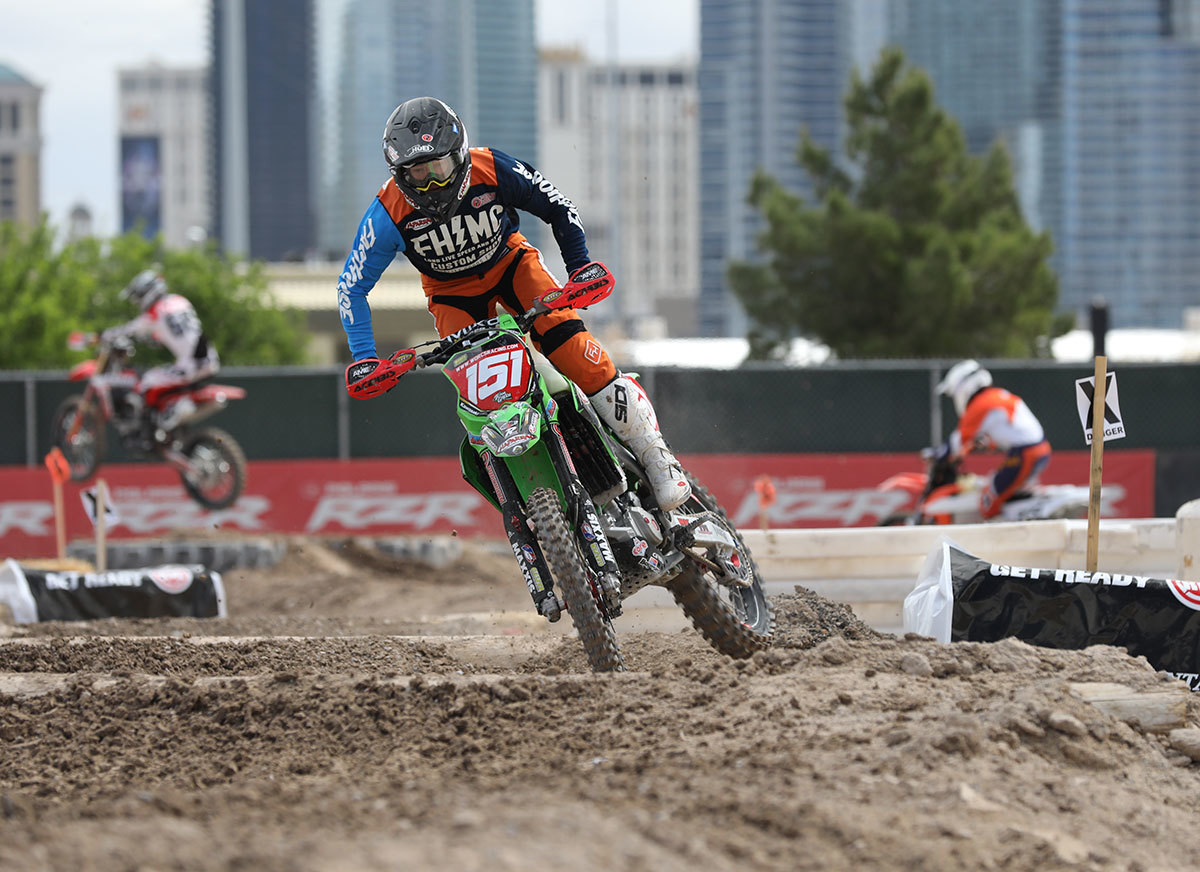 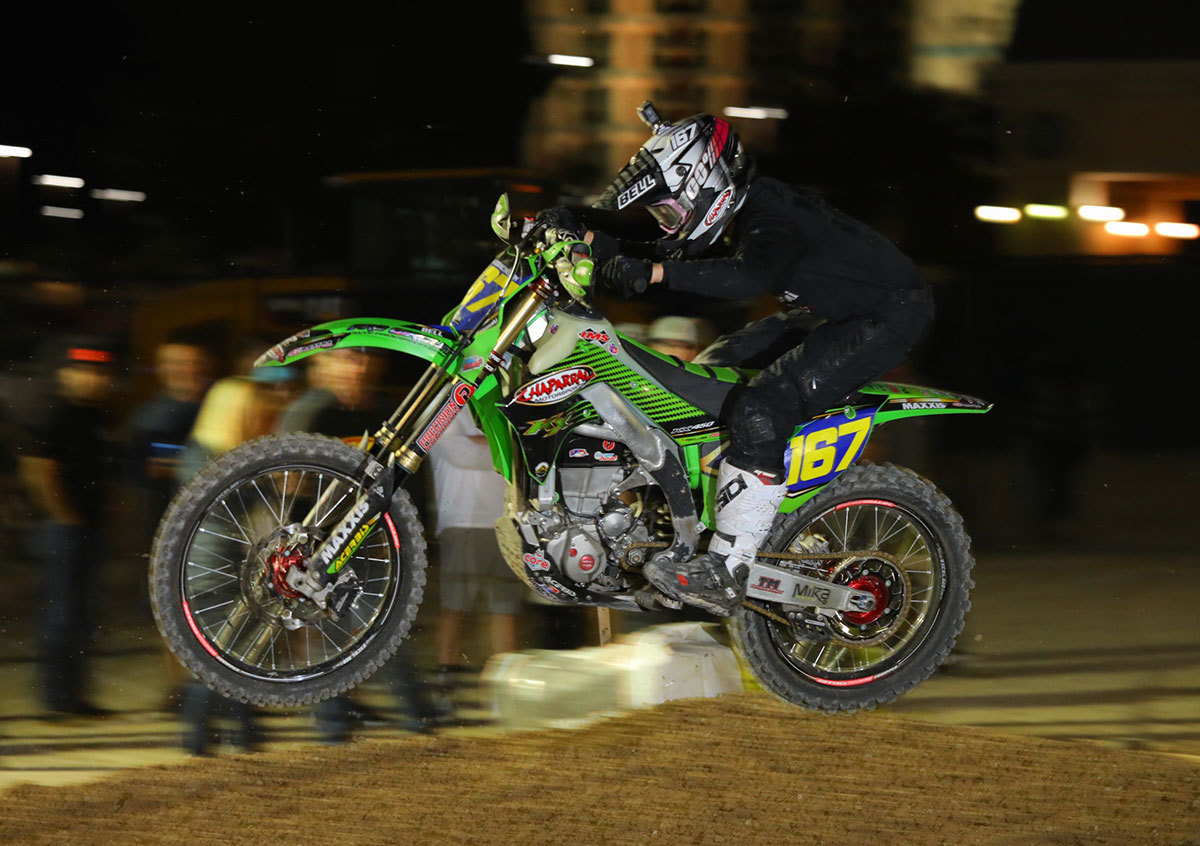